Ontario's budget to be re-tabled: This is what Doug Ford promised

Ontario's budget to be re-tabled: This is what Doug Ford promised

The Progressive Conservatives are set to re-table their 2022 budget today, nearly three months after it was presented to Ontarians.

The 268-page document was first tabled in late April, but before any debate or discussion could take place, the legislature was adjourned so that MPPs could campaign for the June election.

The budget then became Premier Doug Ford’s re-election platform. The plan pledges billions of dollars to build and revitalize infrastructure, as well as a number of affordability-themed promises, including a new personal income tax credit for seniors.

Lieutenant Governer Elizabeth Dowdeswell will make the Throne Speech at 1 p.m. on Tuesday and then the budget will be presented yet again to the legislature. The document is likely going to be similar if not exactly the same as the one presented in April.

Officials have made it clear that the slight tweaks to the budget—including a five per cent increase in funding for the Ontario Disability Support Program promised on the campaign trail—won’t make a significant difference in the province’s overall spending plan.

Here are some of Ford’s largest promises as outlined in the PC’s nearly $200-billion budget:

A FOCUS ON TRANSIT

Throughout his campaign, Ford made it clear that he has a plan to say “yes” to building and revitalizing the province following the pandemic.

The 2022 budget outlined just over $25.1 billion over 10 years for expanding and creating highways, roads and bridges across Ontario. This includes the Bradford Bypass and the controversial Highway 413, which has yet to be given a precise price tag. 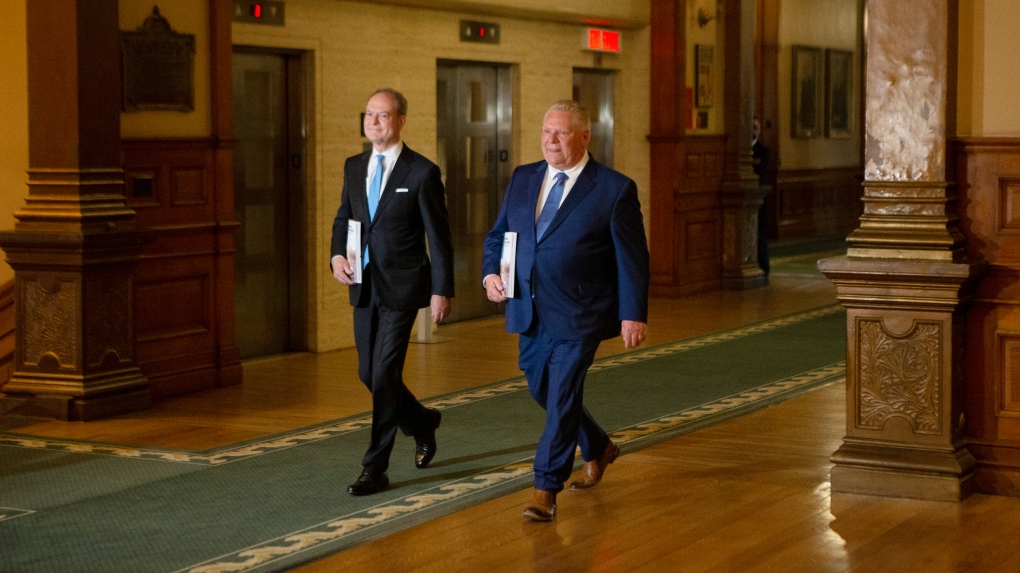 The government has also earmarked $61.6 billion over 10 years for transit projects, which include the Ontario Line in Toronto—a rapid transit system that will connect the Ontario Science Centre to Ontario Place—as well as a number of GO Rail extensions.

The PCs have also said they would eliminate double fares when transferring to GO Transit, a pledge that will likely impact most local systems, with the exception of Toronto.

The PCs have put more than $40 billion aside over the next 10 years for hospital infrastructure, something they say is $10- billion more than what was committed in 2021.

No changes will be made to coverage for medications under OHIP.

Ontario’s opposition parties have called for a new budget to be drawn up that better addresses other health-care challenges, including staff shortages. While health-care experts have criticized the government for not taking further action as emergency rooms closed and patients were redirected, the province’s new health minister said Monday that things are not as dire as they seem.

"It disturbs me, as I'm sure it does many, when they find that their hospital has to close for four hours, a shift, a period of time,” Sylvia Jones said in a scrum at Queen’s Park. “But to suggest that it is in crisis, is completely inappropriate."

Unions have long called for the repeal of Bill 124, which caps salary increases for public sector employees such as nurses, so that staff can be paid what they deserve.

When asked about Bill 124, government officials have pivoted to touting a $5,000 retention bonus they offered staff back in March.

The 2022 budget also includes an investment in recruiting and retaining health-care providers.

A surprise addition to the April budget was a personal income tax credit meant to offset the costs of some home care medical expenses for individuals over the age of 70. 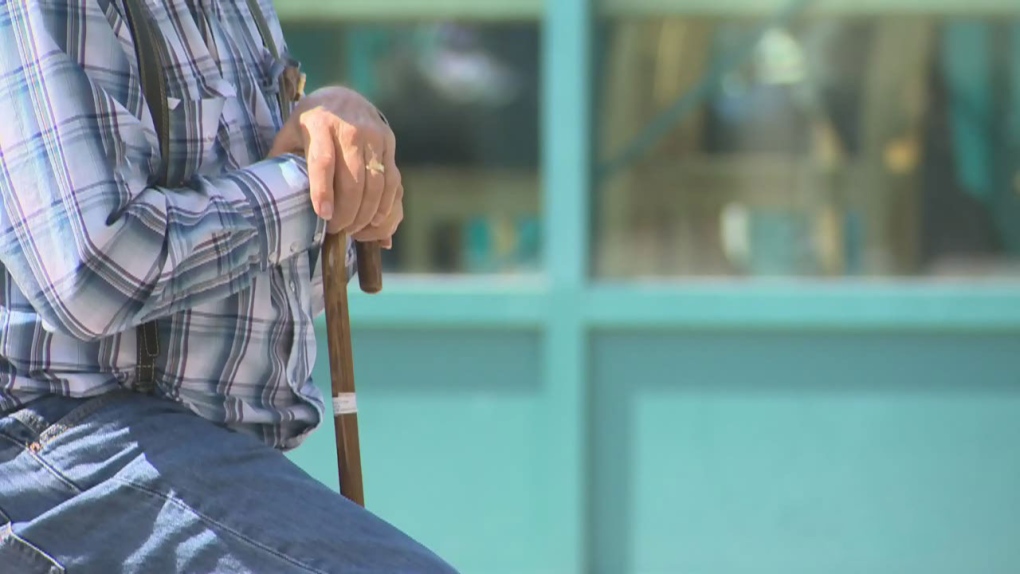 A senior is pictured in this file photo.

The government also promised to cut income taxes for Ontarians earning less than $50,000 a year.

The Low-Income Individuals and Families tax credit was originally available for individuals earning less than $38,000 a year.

The province said that about 1.1 million taxpayers will benefit from an additional $300 a year on average as a result of expanding the program.

LIFT was first introduced in 2018 by the Ford government as a way to counter the cancellation of a $15 minimum wage, a decision that was made once the Progressive Conservatives took office.

The program expansion will cost taxpayers $400 million a year.

Licence plate renewal fees have been scrapped—a move that will save drivers about $60 to 120 per year. This will cost the government about $1.8 billion. The gas tax has also been cut by 5.7 cents per litre and the fuel tax has been slashed by 5.3 cents per litre.

Relief at the pumps may be short lived however, as the government only plans to keep these measures in place until Dec. 31.

• A 50-cent increase in the minimum wage

Four candidates out, Danielle Smith ahead with 46.2 per cent in Alberta UCP race

Following an hour and a half delay, the United Conservative Party is releasing the results of its leadership vote on Thursday.