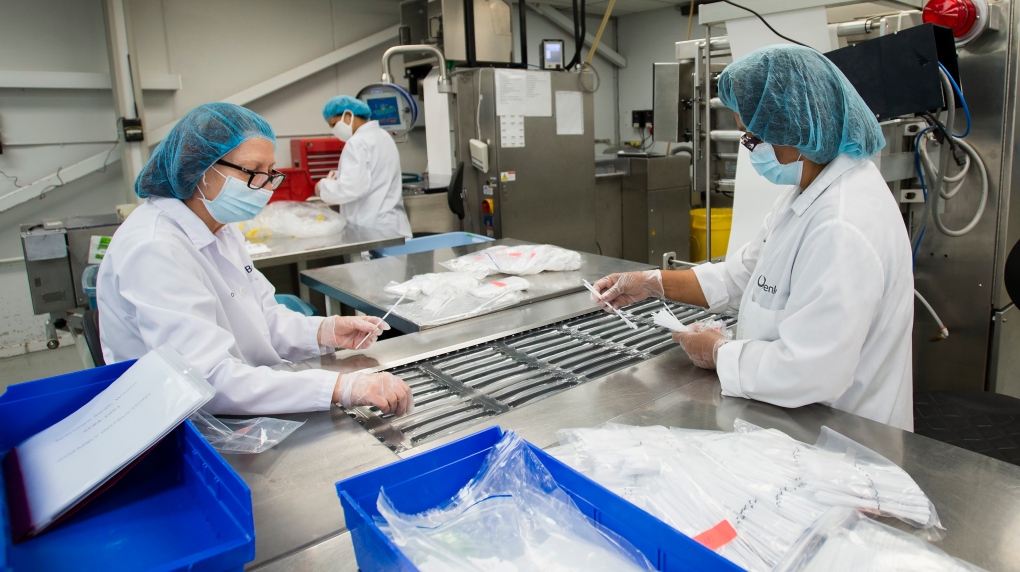 TORONTO -- The province confirmed 181 new cases of COVID-19 on Monday morning, the lowest number of new cases since March 28 when 151 cases were reported.

This is the second straight day, and the third time in the past four days, in which the province recorded fewer than 200 new cases.

Dr. Barbara Yaffe, Ontario’s associate chief medical officer of health, said that the data over the last few days is “encouraging” and supports the government’s continued and gradual reopening of the province.

“While there was a slight bump in new cases reported on Saturday with 266 cases, the number of new cases has remained relatively low,” Yaffe said.

Yaffe also announced that the ministry of health is in the process of expanding data collection for COVID-19 .

“We are now posting for comments to add regulatory change to mandate the reporting of data on race, income, language and household size for people who have tested positive for COVID-19.”

“This will help us to get a more complete picture of the outbreak and eventually allow us to prevent and control cases even better while ensuring the privacy of Ontarians is protected,” Yaffe added.

The case numbers announced this morning represent a 0.6 per cent growth rate over the day prior and brings the number of lab-confirmed cases in Ontario to 32,370.

This number includes 27,213 cases which the province considers resolved as well as 2,527 deaths, eight of which occurred in the last 24 hour period.

Monday’s epidemiologic summary shows that 1,751 people 80 years of age or older have died as a result of the novel coronavirus, the hardest hit age group since the start of the pandemic in mid-January. There have been 669 deaths in people between the ages of 60 and 79.

And while the number of new COVID-19 cases reported by the province continues to trend downward in recent weeks, the number of daily tests for the virus remains high. At least 21,751 tests were performed since Sunday, pushing the total number of tests conducted in Ontario to 1,025,500.

There are currently 18,258 tests under investigation, though that number is down significantly from the 25,290 pending tests reported a day earlier.

The number of hospitalizations for COVID-19 is also down with 19 fewer patients in hospital as of Monday morning. The province says 419 patients are currently hospitalized with the virus, 104 of which are being treated in an intensive care unit. Of those 104 patients, 69 of them are breathing with the assistance of a ventilator.

At least 2,041 health-care workers in long-term care facilities have contracted the virus since the outbreak began, six of which have died, according to Ontario health officials.

Most of today's new infections were reported in Toronto (85 cases) and Peel Region (41 cases).

On Monday afternoon, Premier Doug Ford announced that almost all regions in Ontario would be allowed to move forward to the next stage of the province's restart phase on Friday, which allows restaurants, hair salons and malls to reopen, but Toronto is still excluded from the list.

As of this Friday, the only regions not allowed to move forward to Stage 2 are Toronto, Peel and Windsor-Essex. They will remain in Stage 1 until at least next week, when the province will reassess the data and decide if they are ready to move forward.

With files from Sean Davidson.