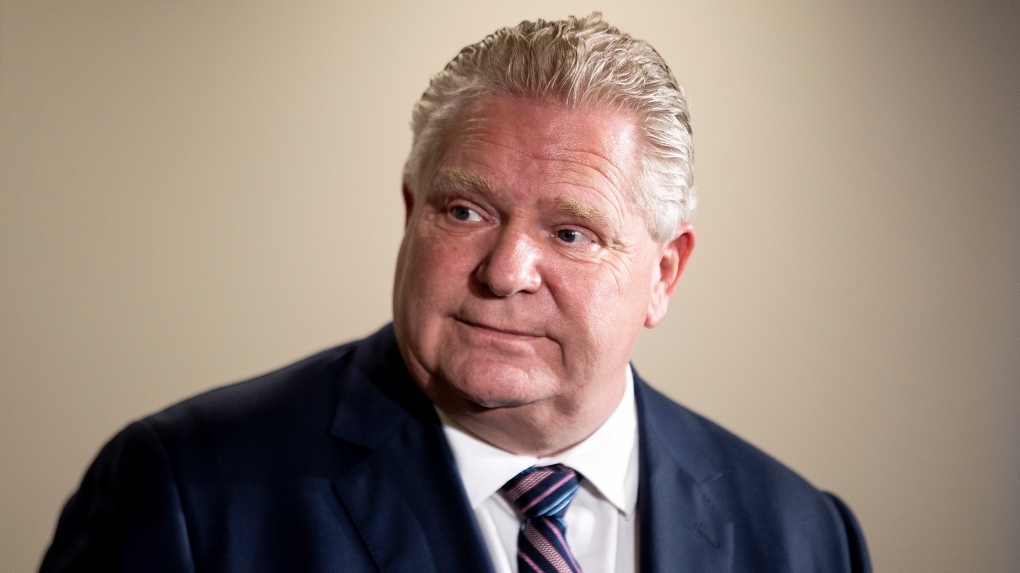 Ontario Premier Doug Ford is travelling across the border for the first time since the pandemic began in an effort to promote the province as an important trading partner with the United States.

Ford, along with Minister of Economic Development Vic Fedeli, will meet with top officials within the Joe Biden administration in Washington, D.C. on March 21.

Some of those officials include Marisa Lago, the under secretary of commerce for international trade; Daniel Watson, the assistant U.S. trade representative for the Western hemisphere and Kirsten Hill, the ambassador of Canada to the U.S.

“As we attract more skilled workers and build the roads, highways, bridges and transit needed to move our economy forward, we’re meeting face-to-face with some of our closest partners to reaffirm the unrivaled potential of Ontario’s economy,” Ford said in a news release issued Sunday.

“That’s why it’s so important that we reject Buy American measures and instead keep working shoulder to shoulder to ensure that our highly integrated economies grow stronger than ever.”

Throughout the pandemic, the premier been vocal about how the United States’ “harmful protectionist policies” have impacted Ontarians.In April 2020, at the height of the first COVID-19 wave, Ford slammed then-President Donald Trump for his decision to cease exports of manufacturing giant 3M's N95 face masks to Canada.

"I understand, he's thinking 'I need to take care of my own people' but we're connected," Ford said at the time. Months later, the premier started to tout Ontario manufacturers of personal protective equipment and revealing a new program aimed at promoting locally-made products.

The following year Ford made headlines yet again for offering to drive to the United States to pick up doses of the Pfizer vaccine at their Michigan plant following delays at European facilities. He claimed at the time that the vaccines being manufactured in Michigan were being reserved for Americans and that he hade plead with newly-inaugurated U.S. President Joe Biden to spare a million vaccines for Ontario residents.

According to a news release, the premier’s visit to Washington on Monday will focus on how the governments can “work together to protect and strengthen an integrated economy that employs millions of workers on both sides of the border.”

Ford and Fedeli will also participate in a roundtable event hosted by the Canadian American Business Council.