"I just can't stress how disappointed I am at President Trump for making this decision," Ford said at Queen’s Park on Friday. "We're the closest trading partners anywhere in the world."

On Friday, Minnesota-based 3M said the White House asked it to stop exporting medical-grade masks to Canada and Latin America, which the company said raises "significant humanitarian implications" and will backfire by causing other countries to retaliate against the U.S.

The spat between the president and a leading American manufacturer broke out after Trump directed heads of the Homeland Security Department and Federal Emergency Management Agency to use their authority under the 1950 Defence Production Act to acquire the "appropriate" number of N95 respirators from 3M and any of its affiliates.

There has been a massive push to secure more N95 masks for health care workers across Canada since the coronavirus crisis began.

"I understand, he's thinking 'I need to take care of my own people' but we're connected," Ford said.

"Our manufacturing, we're gearing up and once they start, we're never going to stop them."

"We'll make sure we supply everyone in Canada, not just Ontario. We are the manufacturing engine in this country and we're going to step up." 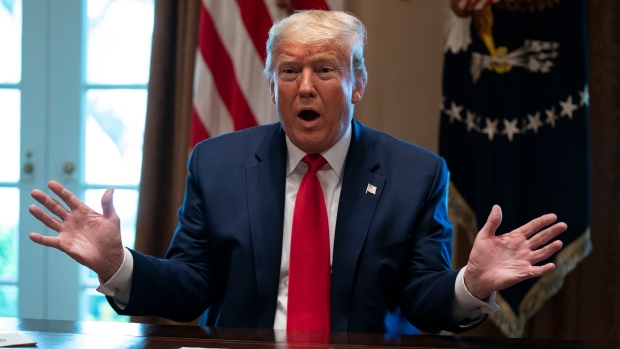 Meanwhile, Prime Minister Justin Trudeau says on Friday he's working with the United States to help them understand that trade between the two countries goes both ways.

He says it would be a huge mistake to restrict staff, or products and services from crossing the border in both directions.