Ontario has met the vaccination thresholds required to enter the third and final step of the economic reopening weeks ahead of schedule.

The provincial government’s "roadmap to reopen" highlighted vaccination rates as the key benchmark to open additional portions of the economy, in conjunction with declining hospitalizations, ICU occupancy and positivity rates – targets that been exceeded in recent days.

Currently, 76 per cent of Ontarians aged 18 and above have received their primary dose, while 25 per cent of the adult population has been fully vaccinated.

The province, however, is still in the first step of the reopening plan and top cabinet ministers are offering vague suggestions about whether the next steps will be sped up.

“All considerations [are] under active discussion,” said Finance Minister Peter Bethlenfalvy on Tuesday when asked whether the cabinet is looking at fast tracking the reopening.

The province has said it will wait at least 21 days before moving into the next phase of reopening in order to analyze trends and determine the impact of each step on hospitalizations and case counts.

Solicitor General Sylvia Jones said the province is actively monitoring the pandemic’s trends to allow for a safe reopening and cabinet ministers are having “ongoing daily conversations” with public health officials about those targets.

“I couldn’t be happier if we could open sooner, but I also want to do it safety and we’re doing that under the advice and guidance of the Chief Medical Officer of Health,” Jones said.

“As soon as we’re able to share with businesses and the people of Ontario, we will do that.”

The second step, which would allow for personal care services, live music events, outdoor amusement parks and small indoor gatherings, is slated to begin on July 2.

The roadmap document states the province would need to wait another three weeks before moving to Step 3, when indoor activities including dining, sports, casinos, events and gatherings would be allowed.

Toronto Mayor John Tory said Tuesday the high vaccination rates could make it "much easier" for the province to look at a truncated timeline for the economic reopening. 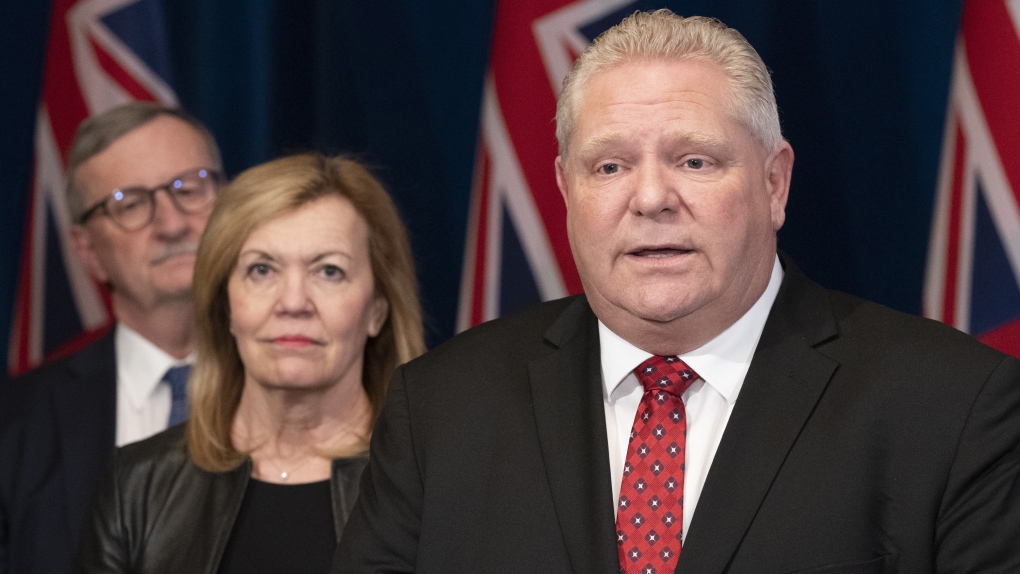 "I think there is the opportunity for those [timelines] to be shortened,” Tory said. "I want the city opened up again as soon it possibly can be safely done."

"(COVID-19) is not going to be able to explode like it did back when we had no vaccine, or very little vaccine, coverage," Chakrabarti said.

"I really think we need to start moving on. We should accelerate ... I think we have the ability at this point to open up and do so safely."