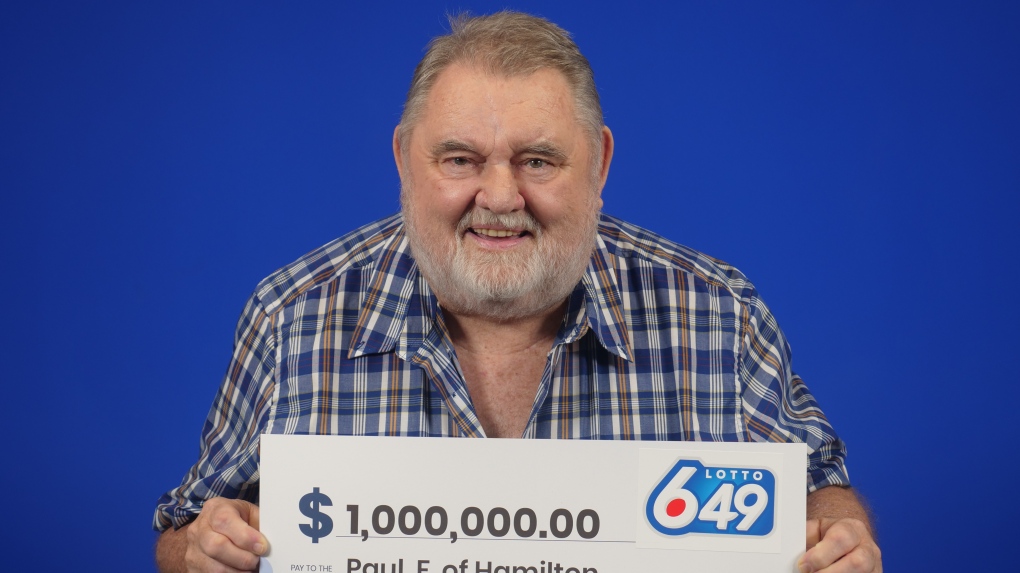 Paul Ferguson, 74, is seen in this photograph after winning the lottery. (OLG)

An Ontario father who recently won the lottery says he wants to use the money to buy his daughter a house so she can “live a happy life.”

Hamilton resident Paul Ferguson won $1 million in the June 25 LOTTO 6/49 draw, according to the Ontario Lottery and Gaming Commission (OLG).

The 74-year-old said that he found out he won after scanning the ticket on the OLG app and hearing the winning jingle.

“I was so excited I couldn’t sleep,” he said in a statement after picking up the cheque at the Toronto prize centre.

Ferguson said he plans on using the money to buy a new wheelchair and buy his only daughter a home.

“My wife and I are very simple – we just want to live an easy, happy life,” he said. “We’re going to share this with our daughter – we want to purchase a house for her and enjoy seeing her live a happy life.”

The winning ticket was purchased at a Shoppers Drug Mart on Binbrook Street.

A 12-year-old boy is dead after playing Russian Roulette with peers in Jackson, Miss., police say.