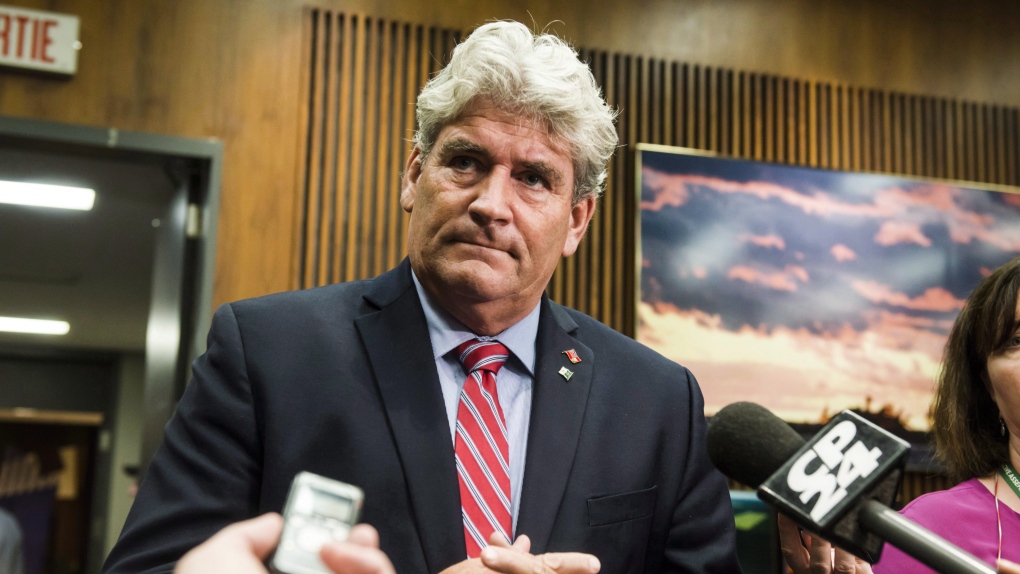 Ontario Liberals will meet this weekend and decide how they will pick a new leader -- a key step as the party tries to rebuild from the ashes of last year's historic defeat. Interim leader of the Ontario Liberal party John Fraser speaks to reporters after the Ontario government announced changes to it's cannabis retail model, in Toronto on Monday, Aug. 13, 2018. THE CANADIAN PRESS/Christopher Katsarov

The Ontario Liberal Party is bringing back veteran MPP for Ottawa South John Fraser to serve another round as interim leader.

Fraser took up the title originally in 2018 after Kathleen Wynne lost the provincial election to Progressive Conservative Doug Ford. He served in the position for two years before Steven Del Duca took up the mantle as official party leader.

The Ontario Liberals have been without a party leader since Del Duca stepped down on June 2 following an unsuccessful election campaign in which the party only managed to hold on to eight seats. None were in Del Duca’s riding.

“I have no doubt that the women and men we have elected will do their part, more than their part to grow a new progressive movement in this province,” he said that night. “It will however, be a movement that will be led by a new leader – earlier this evening I informed our party president of my intention to step down.”

On Monday, the party announced that Fraser would once again become interim leader and was selected unanimously by members of caucus.

“I am honoured that my Ontario Liberal caucus colleagues have put my name forward to serve as our party’s next Interim Leader,” Fraser said in a statement. “I am grateful to have their trust and look forward to the work ahead as we rebuild our party and continue our fight for Ontarians.”

The position will be formalized at a ratification vote on Aug. 3.

The Ontario NDP selected Toronto-Danforth MP Peter Tabuns as their interim leader back in June. They anticipate holding their leadership contest in March 2023.