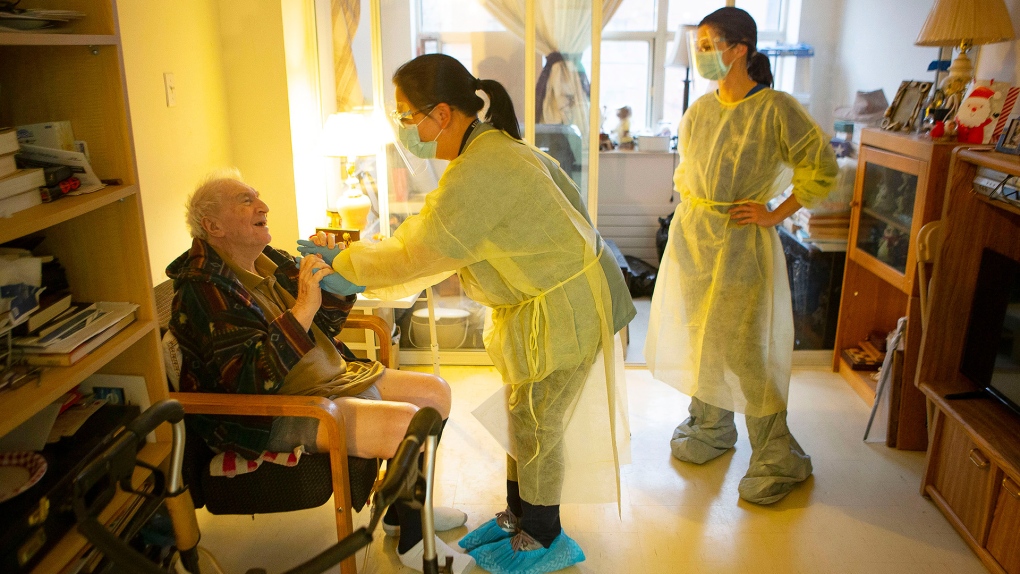 A temporary wage increase for Ontario personal support workers has been extended until mid-August as the province slowly begins to reopen the economy.

In October 2020, Ontario announced that more than 158,000 personal support workers in community care, long-term care homes, public hospitals and those providing services to children will be getting a temporary wage increase. The extra funding was originally meant to expire in March.

In a news release issued late Friday morning, officials said that the temporary $2 or $3 per hour raise will now continue until Aug. 23 to “help stabilize, attract and retain the workforce needed to provide a high level of care during the COVID-19 pandemic.”

“These wage enhancements recognize personal support workers and direct support workers for their dedication to their patients, and help ensure they have the resources they need to continue delivering quality care in our communities,” Health Minister Christine Elliott said in a statement.

The government says it is making a $141 million investment to increase wages for personal support workers. The temporary pay was extended once before and officials say they will continue to review the wage increase so they can decide what happens after Aug. 23.

When the temporary pay increase was first announced, Premier Doug Ford said he would work to make the change permanent.

“They deserve it,” he said.

Canadian MPs and veteran groups are urging ministers to do more to help thousands of Afghans who assisted Canadian Forces, but remain trapped in Afghanistan a year after the Taliban seized Kabul.

The top executive at Pfizer, a leading producer of COVID-19 vaccines, has tested positive for the virus and says he is experiencing very mild symptoms.

Prince Harry and his wife Meghan, the Duchess of Sussex, will visit the U.K. next month for the first time since they returned for Queen Elizabeth II 's Platinum Jubilee celebrations.