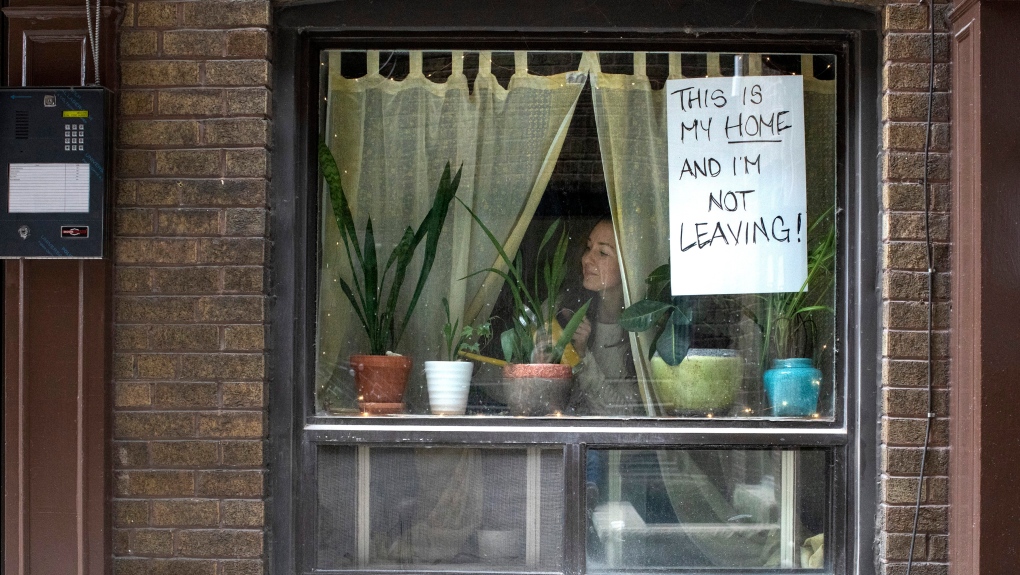 "Lee" is pictured at the window of her west Toronto apartment on Thursday March 19, 2020. THE CANADIAN PRESS/Chris Young

The Ontario government announced Friday it will allocate $19 million over three years to help reduce long-standing backlogs at the provincial Landlord and Tenant Board (LTB).

The investment is intended to assist the LTB resolve disputes between tenants and landlords faster, the province says. In spring 2020, the LTB shut down for five months due to the pandemic — since then, they’ve been unable to clear a backlog that has seen some cases drawn out for months.

“This investment will allow the Tribunal to schedule hearing events and issue decisions quicker and more efficiently than before.”

According to the province, the investment will support faster case resolution by allowing the LTB to increase both part-time and full-time staff, doubling the capacity for the use of “expert land use planning mediators” and improving IT platforms.

The announcement is part of legislation tabled by the Progressive Conservative government earlier this week aimed at streamlining the approval processes to boost the province's housing supply.

Some Toronto tenants have waited almost a year to receive decisions from the LTB.

One tenant waiting in limbo for his case to be heard at the LTB told CTV News Toronto in March he wonders if staffing levels are why.

Richard Prégent said his building shut down its amenities including a library, pool, and gym during the pandemic on recommendations from public health. But when health officials allowed those facilities to reopen, the building didn’t follow suit, and Prégent said he applied for a rent decrease as a result.

That was in September 2020. He attended a hearing in April 2021, and since then, the retired public servant hasn’t heard anything.

“This is our first contact with the justice system in Ontario and we’re pretty disappointed and frustrated,” he said.

Pre-pandemic, the LTB received about 80,000 applications each year — about 90 per cent from landlords.

In 2020-2021, that dropped sharply to about 48,000 applications, though it was during this time period the board was closed.

With files from Jon Woodward