TORONTO -- Ontario has two more confirmed cases of COVID-19, bringing the province’s total including recoveries to 20, with a further 45 people under investigation.

Ministry of Health spokesperson Hayley Chazan said the two latest cases are in GTA residents who had recent travel histories to Iran and Egypt and both have been placed into self-isolation.

Their ages and genders are not yet known.

More than 1,100 people have been tested for the virus in Ontario so far, with 1,061 samples coming back negative.

Meanwhile, management at a Scarborough condo tower say they are scrubbing common areas of the property with disinfectant after a guard there tested positive for novel coronavirus.

York Condominium Corporation at 4091 and 4101 Sheppard Avenue East said in a statement posted on the property that a man who works as a guard at the building "returned from an overseas trip on (Feb. 23)."

Whether he showed symptoms after his return is not clear, but the board says he went to work.

"He was working on site at the condominium for portions of last week before the diagnosis."

After his diagnosis he was put in self-isolation at home.

The condo manager says that a “disinfection operation in potentially affected areas” is underway at the building.

Common areas of the building, including lobbies, elevators, offices, the laundry room and party room are being targeted. 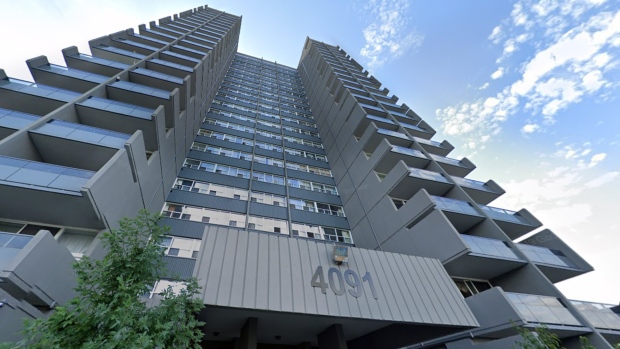 Last week, Toronto Public Health warned that staff and students at a midtown Toronto ESL teaching centre could have been exposed to the virus, after a confirmed COVID-19 patient passed through the centre.

MORE: Here's what we know about Ontario's 20 cases of COVID-19

With each new confirmed case, public health officials across the GTA and the province work to reach out to all of that case’s close contacts, including places they’ve visited, in the hopes that anyone at risk can be isolated and any locations they frequented can be sterilized.

Ontario now has 20 confirmed cases of COVID-19, with three who have made full recoveries from the virus. Nine others in B.C. and Quebec have tested positive for the virus.

The majority of Ontario’s recent cases involve people returning from Iran, which officially has more than 2,000 cases.

Coronavirus in Canada: How many positive cases?

Japan Olympic Minister: Games could be held any time in 2020

Cybercriminals are now using COVID-19 as a scam tactic