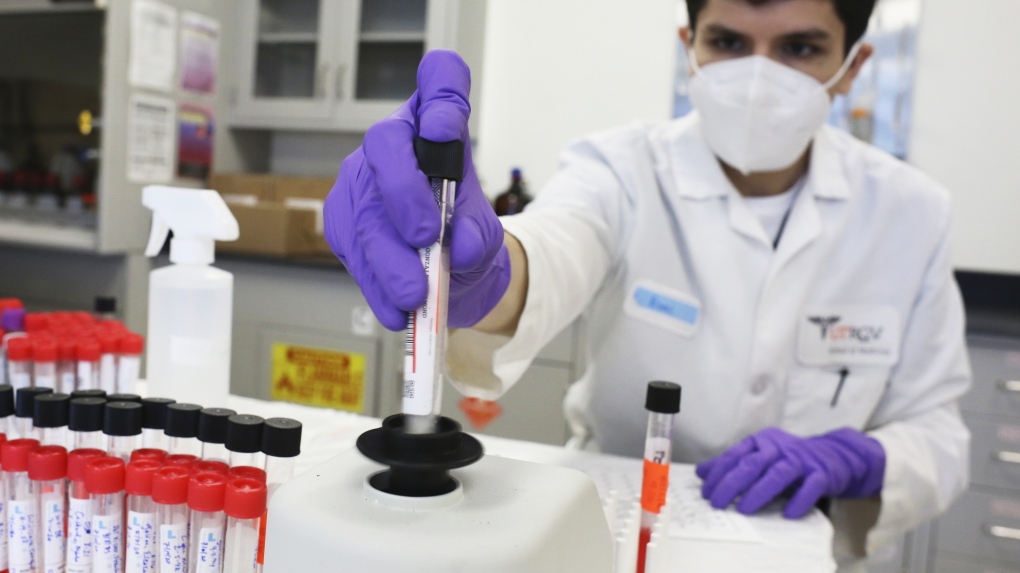 FILE- Ontario is reporting another dip in new COVID-19 cases. (The Canadian Press)

TORONTO -- Ontario confirmed another 158 new cases of COVID-19 on Sunday, with the majority of infections reported within the Greater Toronto Area.

The new cases mark a slight decline from the 169 infections reported on Saturday, the highest daily number of patients logged since the end of July.

At the same time, the province appears to be seeing a slight growing trend of novel coronavirus cases, with 148 new cases confirmed on Friday, 132 on Thursday, 133 on Wednesday and 112 on Tuesday.

This is the 11th day in a row where the daily reported number of COVID-19 cases in Ontario has surpassed 100. The last time the case count dropped into the double digits was on Aug. 26 and before that it was on Aug. 20.

The new COVID-19 patients confirmed on Sunday are mostly between the ages of 20 and 39.

According to the latest epidemiology report, 79 of the novel coronavirus patients are within that age group. Twenty-nine are under the age of 20 while 30 are between 40 and 59 years old and 12 are between 60 and 79 years old.

There are only eight new COVID-19 patients over the age of 80.

As of Sunday morning, 52 people are being treated for the disease at the hospital. Of those patients, 15 are in the intensive care unit and nine are breathing with the assistance of a respirator.

However, health officials say that that about 30 hospitals did not submit data on Sept. 4.

“We anticipate the number of hospitalized patients may increase when reporting compliance increases,” officials said in their daily report.

Two more deaths were also reported on Sunday, bringing the total number of deceased in Ontario to 2,813.

The total number of lab-confirmed COVID-19 cases in the province now stands at 43,161, including deaths and recoveries.

The majority of the cases confirmed on Sunday were reported within the GTA. Forty-nine of them were in Toronto while 44 were in Peel Region and 16 in York Region.

Ottawa appears to be the only city outside of the GTA recording more than 10 cases of COVID-19. Health officials said that in the last 24 hours, 21 new infections had been confirmed in the region.

Officials have conducted more than 3.1 million COVID-19 tests since the first patient was diagnosed with the disease in Ontario.

There remains about 17,700 tests under investigation.

Officials will not be releasing any Ontario COVID-19 data on the holiday Monday, instead opting to provide the data on Tuesday.