One person dead, another injured after daylight shooting in Brampton 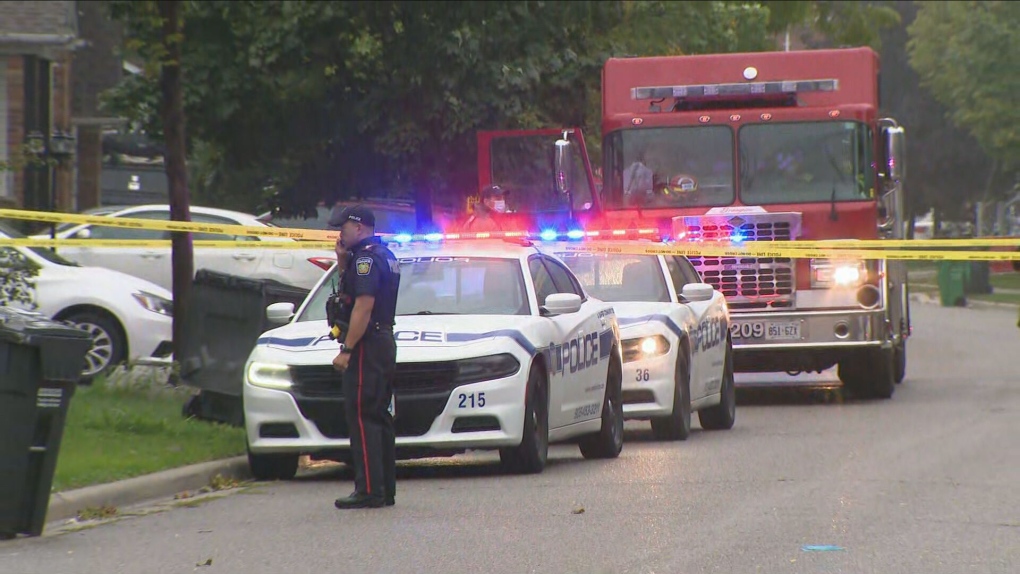 Police respond to a shooting on Rushbrook Drive in Brampton Wednesday September 22, 2021.

TORONTO -- A man has been pronounced dead and a woman has been taken to hospital following a double shooting in Brampton.

Officers were called to a home in the area of Countryside Drive and Airport Road Wednesday afternoon at around 4:47 p.m.

Police initially said that one person had been shot and that another had suffered a “gunshot related injury,” but investigators later confirmed that both people had been shot.

The male victim was pronounced dead at the scene, paramedics said. The woman has been transported to a local hospital in non-life threatening condition, police said.

There was no immediate word on the exact ages of the two victims.

“It is believed that approximately three suspects fled the area in a vehicle in an unknown direction,” Const. Donna Maurice told reporters.

There are no suspect descriptions so far, police said.

Shortly after the shooting, a burning vehicle was found at Grenoble Boulevard and Williams Parkway, a short distance away from the shooting scene. Police said they are investigating whether the vehicle may be connected to the deadly shooting.

“When police arrived on scene, they did not locate anyone in the vehicle or surrounding the vehicle,” Maurice said. “At this time, it is early on in the investigation. However, investigators do believe that this could possibly be related to the shooting.”

Investigators are asking anyone with information to contact police.