One male stabbed after bar fight in North York: police 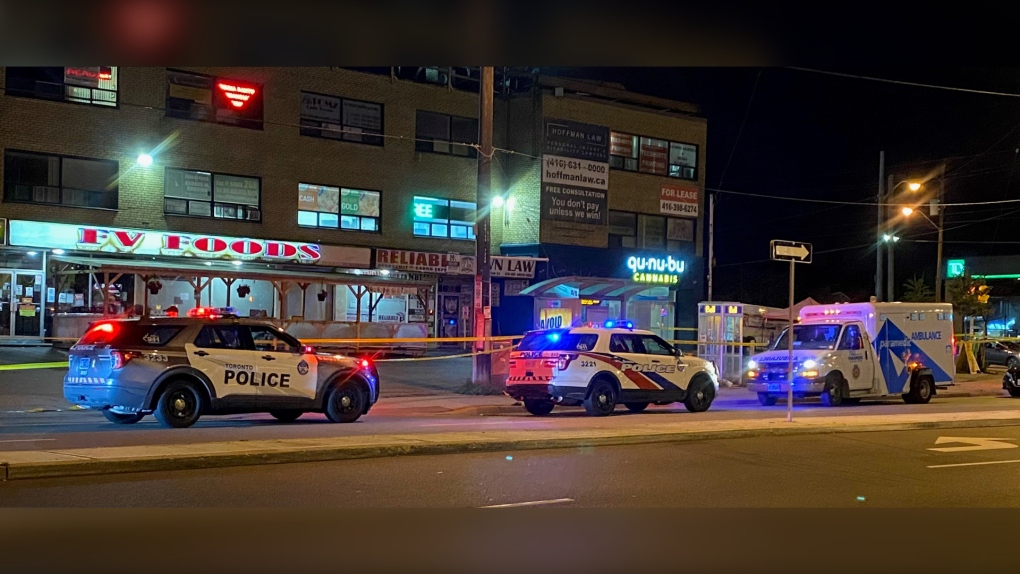 One male was seriously injured after a stabbing near Bathurst Street and Wilson Avenue early Thursday morning. (Mike Nguyen/ CP24)

TORONTO -- One male sustained serious injuries after he was stabbed during a bar fight in North York early Thursday morning, Toronto police say.

According to investigators, multiple males were involved in a bar fight in the area of Bathurst Street and Wilson Avenue shortly before 1 a.m.

At one point during the altercation, one of the males was stabbed multiple times.

He was transported to a trauma centre with serious but non-life-threatening injuries.

Police say they are continuing to search for one outstanding suspect.