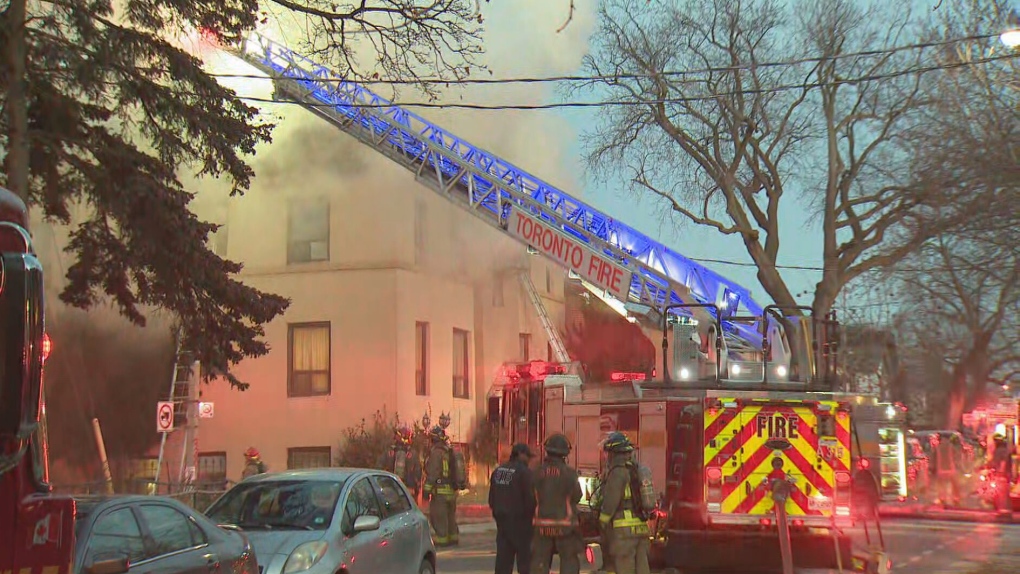 One person has life-threatening injuries and eight others have minor injuries following a three-alarm blaze in the city's west end.

One person has life-threatening injuries and three others have minor injuries following a four-alarm blaze in Toronto’s west end on Saturday morning.

At around 6:15 a.m., fire crews responded to a fire at a three-storey, multi-unit apartment building at 828 Shaw St., north of Bloor Street.

"Upon arrival we were met with heavy smoke and flames. The fire quickly escalated," Acting Fire Chief Jim Jessop told reporters at the scene.

There were reports of black smoke and flames coming from the second floor and roof of the building, fire officials said. 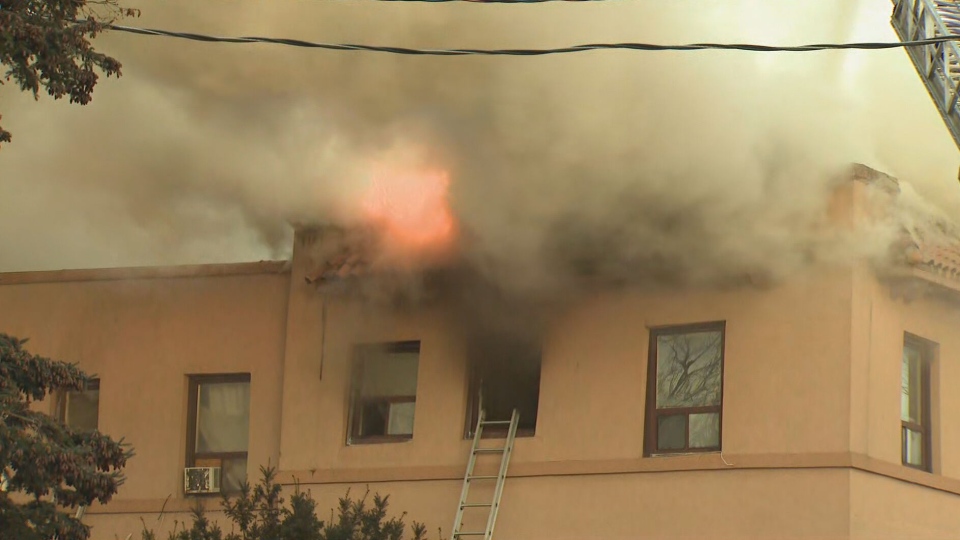 Jessop said 11 people were rescued from the burning building and four were transported to hospital.

One adult sustained life-threatening injuries and the three others had minor injuries.

As of 10 a.m., Jessop said crews were still working to knock down the fire.

"We've had a number of internal collapses. We still have not completed our primary and secondary searches throughout the entire building. And we are just actively fighting the fire at this time," he said.

With this morning's temperature feeling like -30 with the wind chill, Jessop said crews are working in extremely tough conditions.

"There is no doubt, as you can appreciate, the coldest day of the year. The women and men of Toronto Fire right now are just performing admirably in these very, very difficult conditions. A number of pieces of our equipment are freezing. Obviously, very, very cold but we will be here all day."

The Canadian Red Cross has attended the scene to assist with providing shelter.

Roads are closed in the area as fire crews investigate.