No report cards for public elementary students in York, Peel 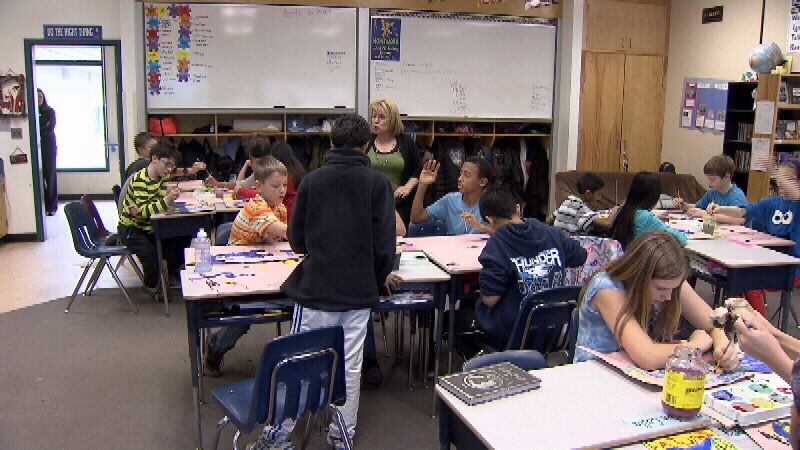 With only weeks until the school year wraps up, some public elementary school students in Ontario will be handed letters indicating a pass or fail instead of a full report card.

"We will communicate our plans for elementary report cards to staff and parents tomorrow," TDSB spokesperson Ryan Bird told CTV Toronto in an email on Wednesday.

The decision to hand out pass-or-fail letters in York and Peel comes as teachers continue their work-to-rule campaign that was announced by the Elementary Teachers' Federation of Ontario in April.

The union, which represents more than 76,000 teachers, occasional teachers and education workers, says the job action will continue until a deal has been reached with the school boards. Until then, teachers are not performing certain administrative duties, including writing comments on report cards and inputting grades.

"Instead, a promotion/grade placement letter will replace the 2014-2015 end of year Ontario Provincial Report Card," said a letter addressed to parents from York's director of education. "This letter will be sent home by Monday, June 22, 2015 and will be part of the permanent record for your child."

The head of the Peel board also released a statement on Tuesday with a similar message.

"Unfortunately, after exploring every possible solution, the Peel board is unable to provide parents and guardians with report cards for elementary student this June," Peel's director of education Tony Pontes said.

Promotion letters in Peel will also be issued on June 22, and will include information about attendance and tardiness.

Pontes said the board looked into hiring additional staff to enter grades in a report card system, but said they couldn't cover the estimated $1 million cost.