At least 32 cars have been stolen In Toronto each day so far in 2023, a surprising figure spurring calls for car manufacturers to catch up in a digital arms race with tech-savvy thieves.

Using a variety of tricks, like including portable devices that can access a car’s onboard computer, or tools that magnify a key fob’s signals, thieves can slip through digital defences and drive the cars away in minutes.

“I was shocked, to be honest with you,” Toronto man Zachary Kozak, whose Ram 1500 was stolen from his driveway this month, told CTV News Toronto.

Video from Kozak’s home shows two men disabling the horn on his truck, and the vehicle lights flashing silently. The thieves were able to access an onboard computer, allowing them to start the vehicle and drive away within seven minutes.

“They came in knowing what they wanted and knew exactly what they were doing,” Kozak said.

He said he’s frustrated because he believes he took reasonable security precautions, including using security cameras and keeping his key fob in a Faraday pouch, which blocks signals.

But it happened anyway. “Car manufacturers need to do more,” Kozak said.

In recent weeks, police in Ontario issued warnings about a rash of thefts of Ram trucks. In particular, Guelph, Waterloo, Brantford and South Simcoe have been targeted, police said.

In Toronto, police said the first two weeks of 2023 saw 453 vehicle thefts reported, a 48 per cent increase over the same period last year — an amount that surged to 32 a day. 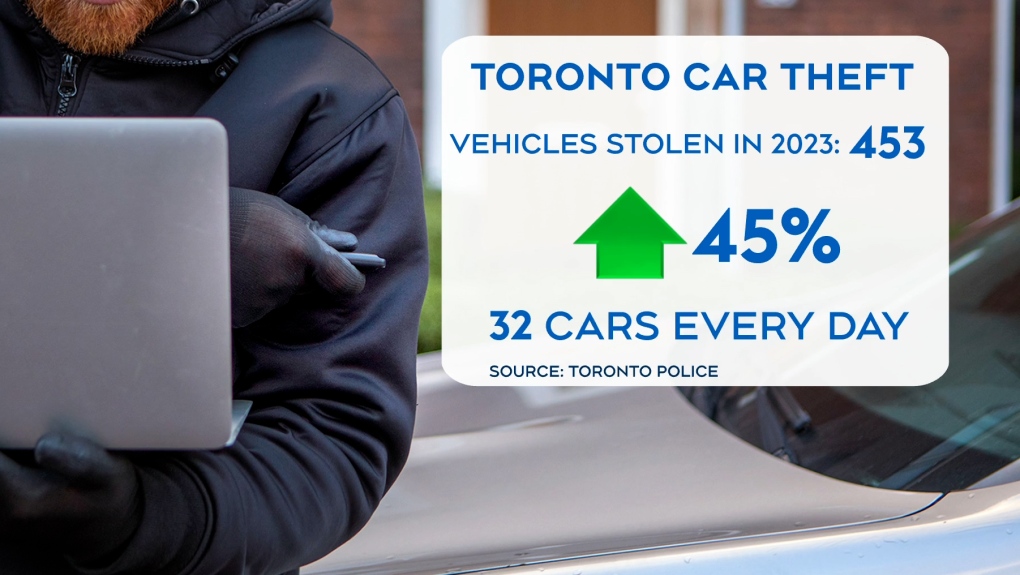 The increase has been widely felt in many parts of the country, said South Simcoe Police Service Staff Sgt. Dave Phillips.

“It appears the thieves have become very sophisticated. These vehicles have more modern comfort features that us, as drivers, enjoy, and it appears that these thieves have found a way to manipulate that piece of technology in their favour,” he said.

The technology tricks are one of several employed by thieves, who have traded a crowbar for portable devices, that can access a car through its onboard diagnostic port and reprogram it so that it recognizes a new key — the approach that appears to have worked with Kozak’s truck.

Another method is a relay attack, where thieves approach someone’s door with a wire designed to sense the signal from a key fob, amplify it, and trick the car into believing the owner’s key is inside the vehicle so it can be started.

Some Kias and Hyundais were so easy to steal that an American class-action lawsuit claims it became a challenge on the social media site TikTok. 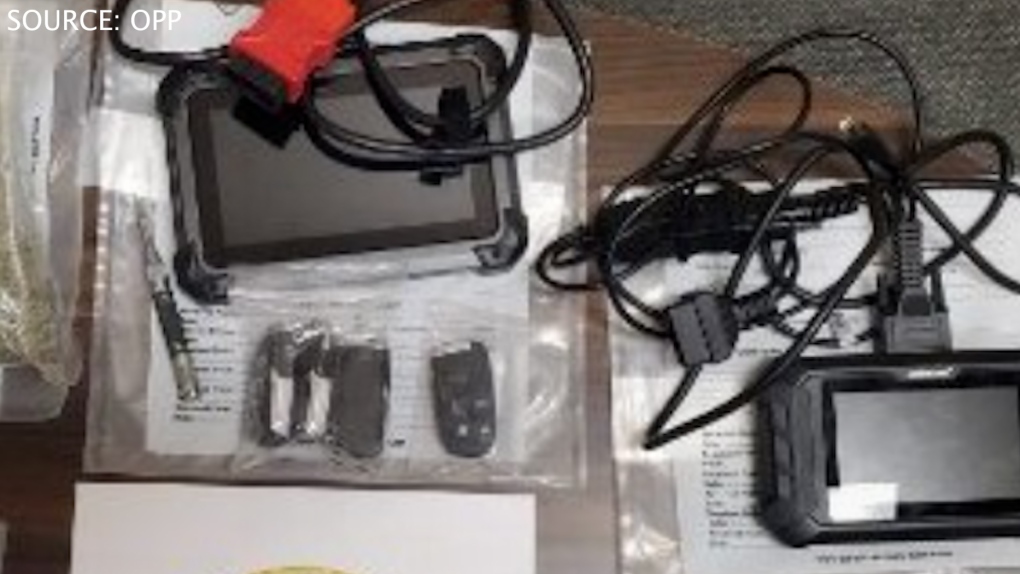 New tech can now trick a car into believing the owner’s key is inside the vehicle (OPP).

“One of the key issues today, is manufacturers are not keeping up with security vulnerabilities. That much is clear,” Popa said.

Some measures that have proven successful in the computer realm are passwords and dual authentication, he said, and car companies need to be thinking in that way.

“These are computers on wheels,” he said.

Stellantis, which makes the Ram, said it’s rolling out a new suite of security measures that will make it harder to clone key fobs and also include a feature that allows the vehicle owner to require a passcode for the vehicle to go faster than a certain speed.

Those measures are already in place for the Charger and the Challenger models, as every company attempts to improve features for what can be diverse and varied platforms on each car.

“We use industry standard technology. As with other vehicle features, we are engaged in continuous product improvement,” Stellantis said in a statement.

Those measures have yet to be imposed on the Ram model, which could explain why thieves appear to be targeting that model around Ontario.

Security shouldn’t be optional, said Kozak, who doesn’t want other vehicle owners to watch their cars drive away without them.

“I feel car manufacturers should do more,” he said.