New condominium sales in the Greater Toronto Area declined in the second quarter of 2022 as prices climbed to a record high in April, May, and June.

The data collected in a recent market research study by Urbanation Inc. showed that 6,792 units were sold in Q2, marking a drop of 19 per cent from the first quarter and 24 per cent year-over-year.

At the same time, prices for those new units rose to a historic $1,453 per square foot, which the firm says is partly the result of an increase in inventory in higher-priced projects in the city.

And those sky-high prices aren’t expected to come back down any time soon, something Urbanation attributes to the number of prospective renters in the market. 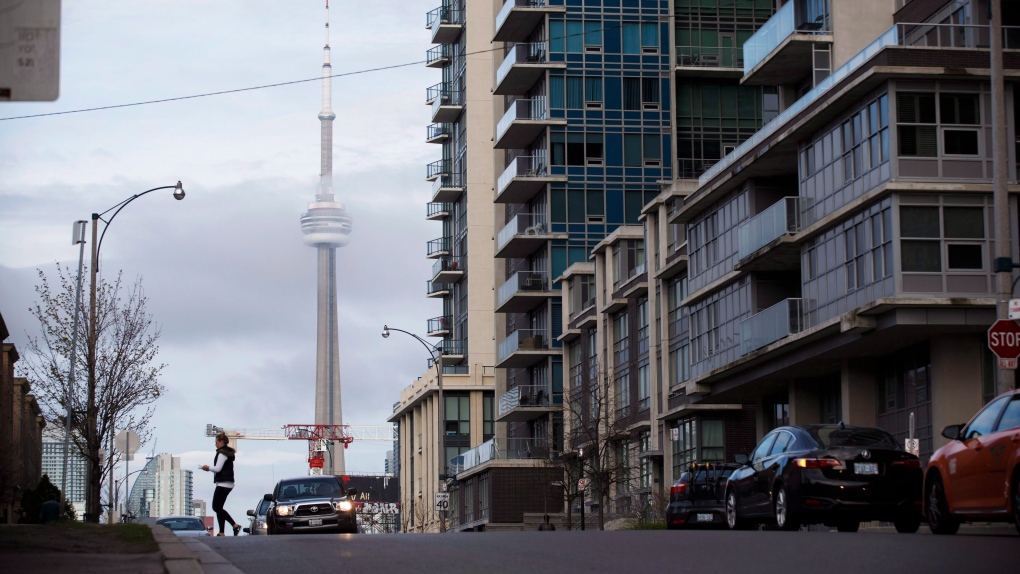 The CN Tower can be seen behind condos in Toronto's Liberty Village community in Toronto, Ontario on Tuesday, April 25, 2017. THE CANADIAN PRESS/Cole Burston

“The strength in the rental market and shift in demand towards more affordable ownership options should provide support for condominium activity as the market works through the effects of higher interest rates,” Hildebrand said.

That’s supported by another study published by Urbanation last month which found rental prices in Toronto rose by the “fastest pace on record” in the second quarter -- up 5.9 per cent from the first quarter of 2022 and 16.7 per cent year-over-year.

Last week, RBC released a report that suggested a "historic" housing correction is underway across the county and costlier markets like Ontario and B.C. are likely to be the "epicentre" of the downturn amid higher interest rates, rising construction costs, and labour shortages.

Terminated condo listings in the GTA for the month of June show that the market is already feeling the pinch. According to Strata, a Toronto-based real estate platform, cancelled listings across Toronto grew by 643 per cent since January.

In fact, Urabanation said some 11,700 units were left on the table in Q2, an increase of 36 per cent over the previous quarter.

The slowdown is also being felt in the preconstruction market.

Urbanation said that in order to deal with the downturn, some developers are delaying or cancelling their plans to launch altogether -- a decision that they say will see 10,000 presale units yet to be constructed this year alone.

As Hurricane Ian rips through Florida, the immense destruction is also being felt by Canadian property owners, also known as snowbirds.