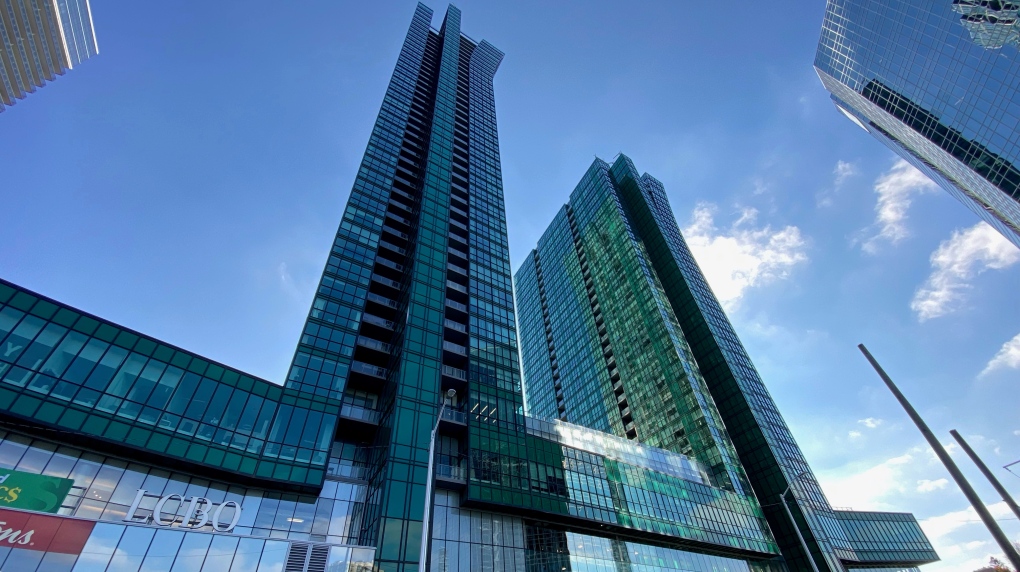 The Emerald Park condo, located in the Yonge and Sheppard area, is seen in this undated photo. A nasty dispute involving legal threats, frightening e-mails, and accusations of a conspiracy erupted after condo fees more than doubled. (CTV News/Jon Woodward)

The Greater Toronto Area is facing an “unprecedented surge” in the number of terminated condo real estate listings, which indicates that the region’s housing market is continuing to slow down, experts say.

Strata, a Toronto-based real estate platform, issued a report this month, saying that cancelled listings across the GTA spiked by 643 per cent since the start of the year.

Homeowners may terminate a listing if they no longer want to sell or if contracts between the sellers and listing agents expire before an offer is accepted.

The number of terminated listings jumped from 380 in January to 2,822 in June, which represents the 643 per cent increase in the past six months.

“Many sellers are still operating under the impression that this is a seller’s market, so they are listing too high and not seeing any action,” Alex Hood, a realtor at Strata.ca, said.

“At the same time, rising inflation and interest rates are making buyers feel uncertain about the trajectory of the market, which is causing them to be more conservative with their bids.”

He added that the terminations are increasing at a time when there is a near-tripling of total condo inventory since the start of 2022.

Hood said he believes the number of terminated listing will wane as sellers’ expectation start to “align with realities of the current market.”

Strata real estate agent Anna Wong said that most sellers who have terminated their listings are waiting for a better time to relist, or have “shrewdly” decided to lease their property instead.

Unlike the GTA’s oversupplied sales market, real estate experts say that condo rental inventories are down nearly 60 per cent from January levels.

Experts say that some sellers may relist sooner rather than later, which may indicate an opportunity for buyers.

“In a cooling market, it is fairly common to see a listing get terminated and then relisted a day or two later with an adjusted price,” Strata real estate agent, Galina Sheveleva, said.

“This usually signals a couple of things to buyers: One, there is some wiggle room in the price that the seller is willing to accept; and two, the seller likely needs or wants to sell in the current market.”

“An uptick in terminated listings is when we typically see more negotiations and low-ball offers … At that point, buyers know they have the upper hand in the market.”

As Musk is learning, content moderation is a messy job

Since the world's richest man paid $44 billion for Twitter, the platform has struggled to define its rules for misinformation and hate speech, issued conflicting and contradictory announcements, and failed to fully address what researchers say is a troubling rise in hate speech.