Mother and daughter reunite in Toronto after 80 years of separation

Gerda Cole, a 98-year-old Ontario woman, says she received the best Mother’s Day present she could ever imagine after seeing her daughter again for the first time in eighty years.

As a young Jewish girl, Cole escaped persecution in her native Vienna, Austria in 1939 at the start of Second World War. Her parents sent her alone on a children’s transport to England.

At age 18, she gave birth to her daughter, Sonya Grist, in 1942, but due to her economic situation, she was advised by the refugee committee in England to place her baby for adoption, and was told not to have any further contact with the child.

Cole and her daughter had been separated for 80 years since.

On Saturday, the two held tightly onto each other during the reunion. Cole squealed in excitement and repeated the words “80 years” in bewilderment. Jokingly, her daughter retorted, “Don’t emphasize my age.”

“Thank you all for coming and sharing this wonderful experience with me. I am so overjoyed to be able to say, ‘my daughter,’” Cole said on Saturday. “It means so much to be able to live to see these moments.”

Stephen Grist helped his mother track down Cole in Canada and contacted her at a Toronto long-term care home. He said the whole time he was just simply hoping to find the name and background of his birth grandmother. 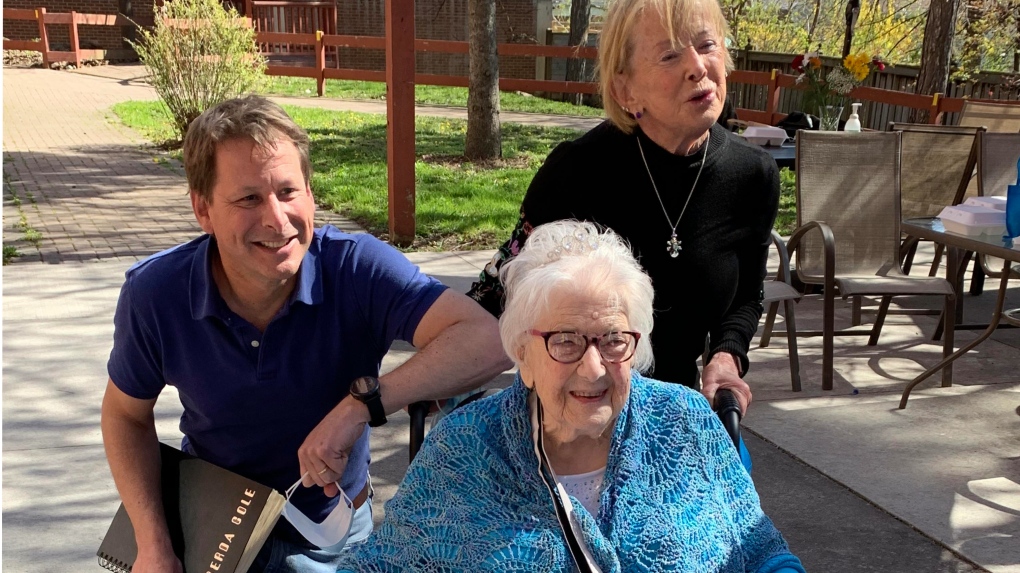 “I was fully expecting to find eventually some record of death,” he said on Saturday. “In the end, I found Gerda’s stepson, and they told me that Gerda is alive and well and living in a home in Canada. That was such a shock in the system. It changed everything.”

“When I told my mother, the first thing she said was, ‘I want to go on a plane to Canada and hug my mother,’ but we couldn’t do that because of the pandemic, but here we are now.”

Sonya Grist said she knew Cole was her mother in their first email correspondence they ever had, when Cole wrote to her, “You have to understand this computer doesn’t like me.”

“It was exactly something I would say,” she said with a laugh.

The mother and daughter spent the rest of the day talking and dancing with one another during the reunion party. It was a moment they both would always treasure.

“Don’t wait until tomorrow before it is too late, if you want to live, live now, not tomorrow or the day after,” Cole said on Saturday. “It’s all the advice I have to give.”

Russian missile attacks on residential areas in a coastal town near the Ukrainian port city of Odesa early Friday killed at least 18 people, including two children, authorities reported, a day after Russian forces withdrew from a strategic Black Sea island.