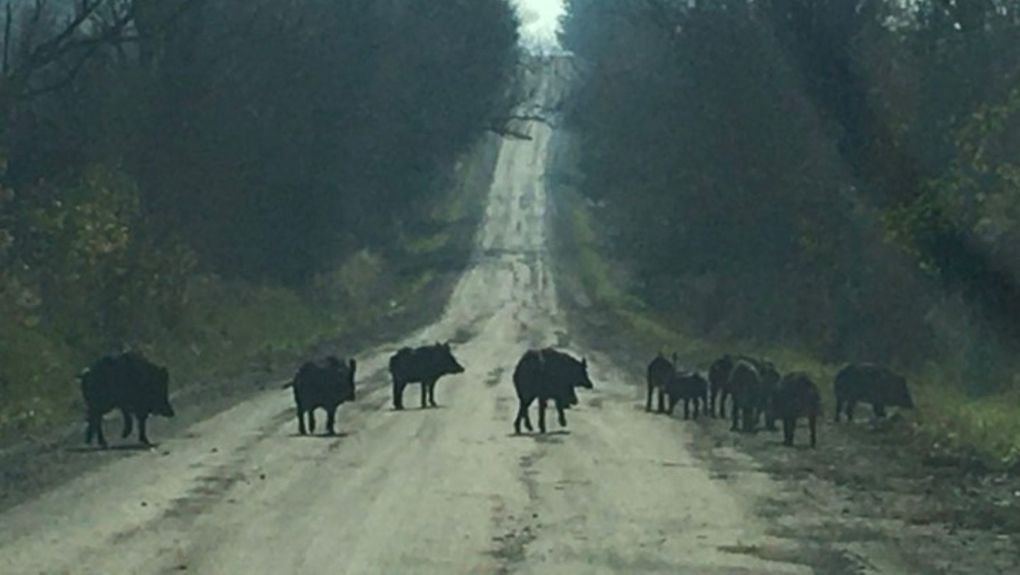 Over a dozen wild boars spotted roaming east of Toronto in early November have been captured and euthanized, government officials say.

The Ministry of Natural Resources and Forestry first launched an investigation into reports that 14 wild pigs were wandering around in Pickering, Ont. on Nov. 5.

Numerous people reported seeing the animals, including Pickering resident Mary Delaney who told CTV News Toronto that her husband spotted the boars in their yard.

"They surprised each other in an ‘E.T. meets Elliot in the cornfield’ moment,” she said.

Government officials expressed concern that the boars, which are an invasive species in Ontario, could have a significant impact on the province's natural environment and agricultural industry.

"They are considered one of the most damaging invasive species in the United States and have been called an ‘ecological train wreck’ due to trampling, wallowing, and rooting in sensitive habitats, and the significant damage they can cause to farmlands and stored crops," Morgan Kerekes, a spokesperson for the Ministry of Natural Resources and Forestry, said in a statement on Wednesday.

"Our goal is to reduce the disease risk these animals pose to Ontario’s domestic herd and the extensive damage they can do to agricultural crops."

Kerekes said that staff worked with local landowners to find out where the animals were frequenting and then set up bait and trail cameras in the area. Eleven wild boars were captured on Nov. 30 and the final three were found on Dec. 6.

"With respect to the wild pigs in the Pickering area, they were humanely euthanized and will be sent for necropsy and research," Kerekes said. "Through this research, we will learn about the condition of wild pigs in Ontario, potential diseases and pathogens and outcomes will inform future management."

Anyone who comes across a wild boar is encouraged to report the sighting to wildpigs@ontario.ca.