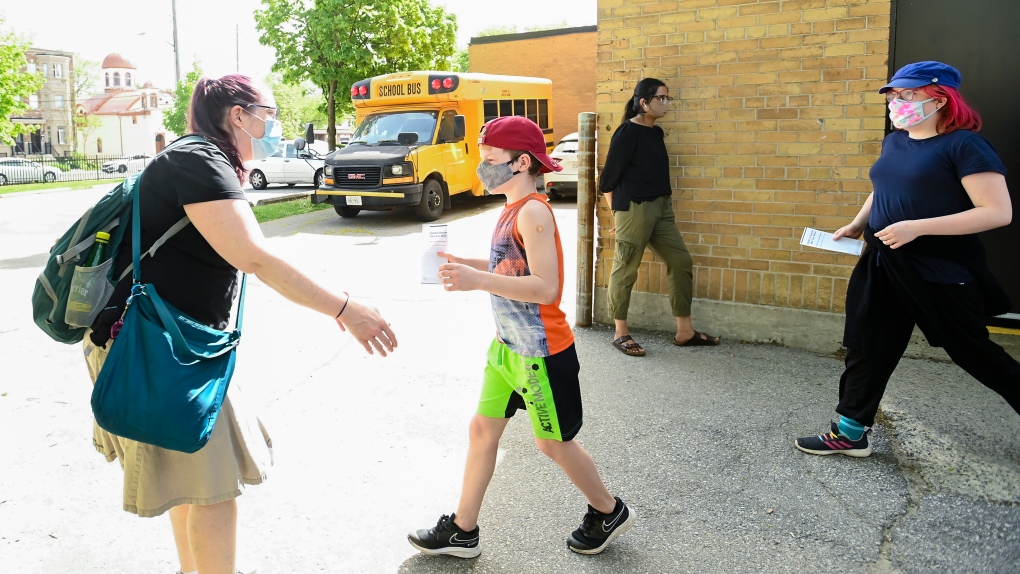 TORONTO -- The City of Toronto says that more than 60 per cent of youth between the ages of 12 and 17 have received their first dose of a COVID-19 vaccine.

Tuesday’s announcement comes amid a two-week “vaccination blitz” by the city, which continues this week and aims to get more needles in young people’s arms by way of more than 65 youth-focused clinics.

Over the last week, more than 10,900 shots were administered to youths across Toronto, according to the city.

In a news release, Mayor John Tory thanked families for speaking with their children about the importance of getting the shot.

“The COVID-19 vaccine is safe and effective and will ensure young people are protected and ready to go back to school in the fall,” he said.

The city called the number of vaccinations completed an important milestone in the fight against the Delta variant, which officials have said is on track to become the dominant strain of COVID-19 in Ontario.

Provincewide, 51 per cent of youth aged 12 to 17 have received a first dose of a COVID-19 vaccine, the Ministry of Education said Tuesday.

Youths between the ages of 12 and 17 looking to get a jab can do so through the provincial booking system here. Those interested will receive the Pfizer-BioNTech mRNA vaccine, which is approved for all individuals 12 years of age and older.

The strategy to vaccinate more young people in Toronto is being co-led by Toronto Public Health and The Hospital for Sick Children.