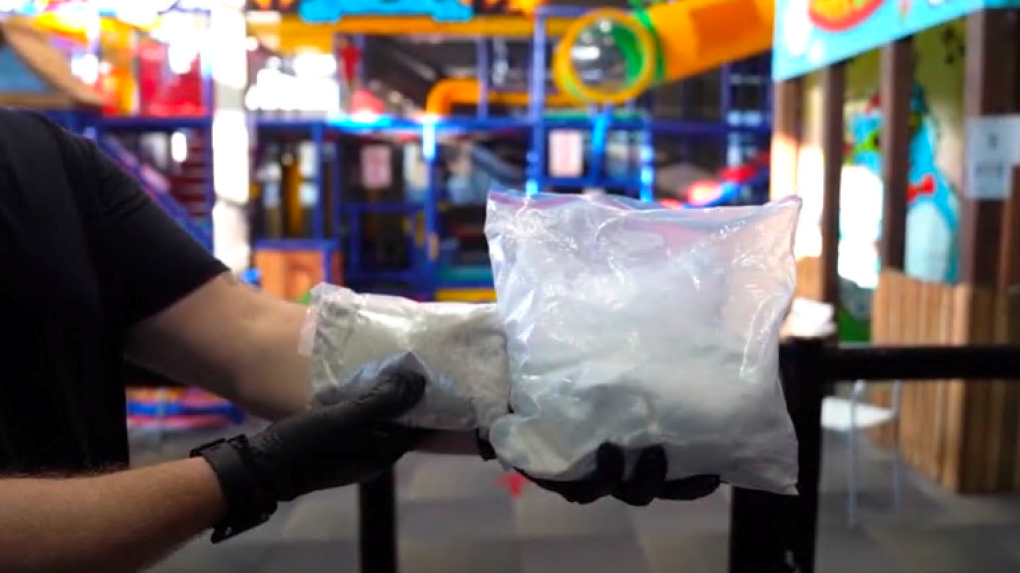 Police say they found drugs at an indoor playground in Brampton, Ont.

TORONTO -- More than 25 people in Ontario have been charged in connection with the dismantling of an international drug trafficking network, which resulted in the seizure of 48 firearms, $730,000 in cash and $2.5 million worth of drugs – including heroin found at a children’s indoor play centre.

York Regional Police say they launched an investigation, dubbed “Project Cheetah,” into the drug network in May 2020 in partnership with the Royal Canadian Mounted Police, Peel Regional Police and the U.S. Drug Enforcement Administration.

In a news release issued Monday, police said the “robust” international network extended to Western Canada, the United States and India, and involved importing large quantities of cocaine, ketamine, heroin and opium into Canada before distributing the drugs across the country “through a sophisticated system run by the traffickers.”

On April 8, more than 50 search warrants were executed in Ontario, British Columbia and California in connection with the case.

Some of the heroin was found at an indoor play centre, police said.

“Of particular concern when we look at heroin, a very insidious drug causing great harm to our community, a number of kilograms are alleged to be seized from a Playland in Brampton,” York police Insp. Ryan Hogan said in a video statement. “So we can see not only the effects in the community but the real significant risk that it puts the children, some of the most vulnerable people in our community.” 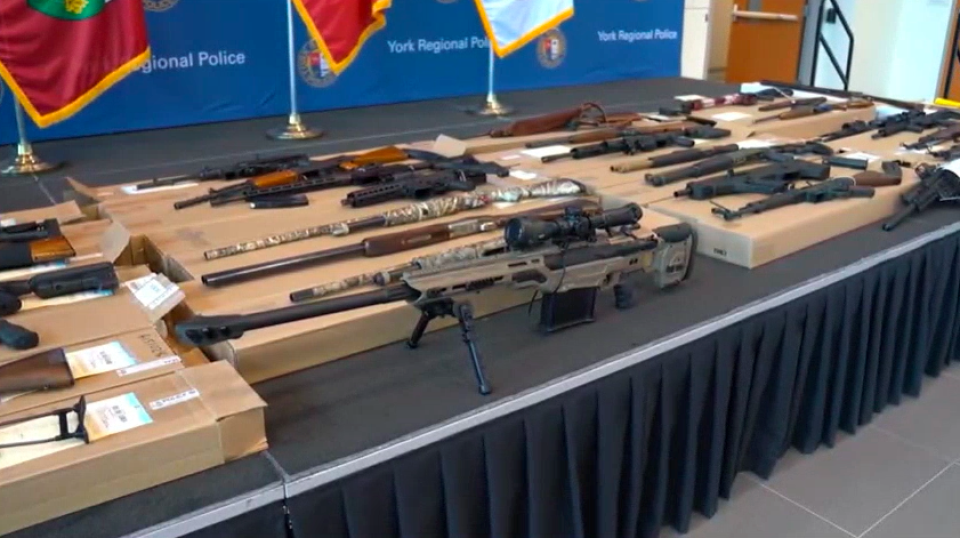 Hogan added that 46 of the guns seized guns were found at a single property in Caledon, Ont.

“Some of them very menacing in the firepower that they possess,” he said.

“We know that in the drug trade, violence is common. The propensity for violence as a profit curve and illegal commodities we’re seeing in the community on a regular basis, and these firearms are in fact lawfully possessed, lawfully possessed by this person who’s now alleged to be facing numerous drug trafficking charges. So they've been seized as a result of a serious threat to public safety under provisions that are afforded to us by the Criminal Code.”

When it comes to eliminating dangerous drug traffickers, you've got to know just when to pounce.

After a year-long probe, @YRP investigators made their move and arrested more than 30 suspects trafficking drugs in our backyard. pic.twitter.com/xFCmOv3Jqk

A total of 33 people, including 27 Ontario residents, were charged with more than 130 criminal offences, police say.

Of the suspects taken into custody in Ontario, 19 were from Brampton, four were from Toronto, two were from Vaughan, one was from Woodstock and the last was from Caledon.

Police also said there is one outstanding suspect wanted in connection with the investigation. The suspect, identified by police as 41-year-old Gurbinder Sooch, is wanted on numerous drug-related offences as well as failing to comply with a release order.