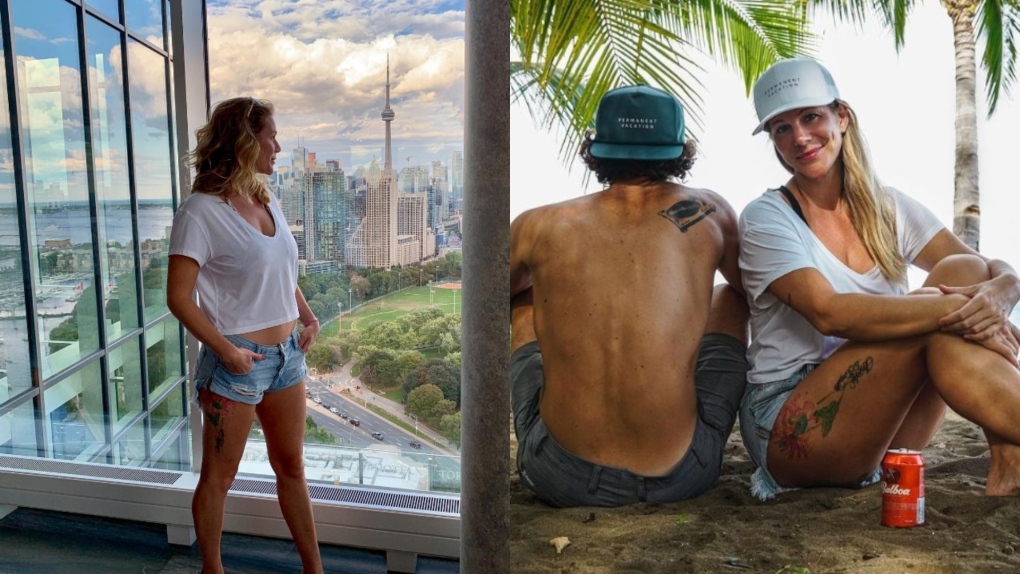 Ryan Somes and Anthea Stanley were, by most standards, living a successful life in Toronto.

With two kids under six, the couple had a home in the city's Trinity Bellwoods neighbourhood, and held high-end positions in the finance industry. However, Somes said something felt amiss.

“I felt like I was in groundhog day,” Somes told CTV News Toronto Tuesday.

At the time, he’d worked in finance for more than a decade.

Much like her husband, Stanley, born and raised in Toronto, was working as a director on RBC Capital Markets’ Institutional Equity Trading Floor.

“I’m in my early thirties and I have a family – am I supposed to keep working these 13 hour days and never see my kids?”

Eventually, the couple said this underlying dissatisfaction drove them to reevaluate their lifestyle.

Avid travellers, Somes and Stanley knew they loved beaches. They’d previously travelled to Bali, Nicaragua, and Costa Rica – among other tropical destinations – and pined after a life spent in the sun and sand.

On one trip to Nicaragua, the couple met Canadian hotel owner Michael Dickson and, over beers on the beach, inquired about what goes into owning and operating a hotel.

“We fell in love with what they were doing,” Stanley said. “And he said the first step was to buy land.”

“We realized we could buy a condo in Toronto as an investment, or we could buy a little beachfront somewhere,” Somes said. “We both looked at each other and said ‘Let’s buy a beach.’”

In 2013, they bought a piece of property that would eventually become ‘Catalina’s Hideaway,’ located 15 minutes from Santa Catalina, a small beach town with a population of around 700 and five hours from the country’s capital, Panama City,

“We built our hotel on two and a half acres of land,” Somes said, adding that the property didn't come with infrastructure or road access.

Once a road in was built, and electricity and running water successfully installed, the build could begin. The couple said they collaborated with a contractor and an architect to complete the project.

Today, the resort hosts nine private units for guests, separated by tropical gardens planted by Somes and Stanley. It also features a two-story treehouse with floor-to-ceiling windows, a yoga studio, an outdoor theatre and an infinity pool.

Six years of meticulous planning, construction and Spanish lessons later, the family sold everything unable to fit in a storage container, loaded up their two children, and made the move south.

The resort officially opened to the public in December 2020 -- delayed two months by the pandemic, according to Somes and Stanley.

Despite opening in the first year of the pandemic, the hotel has been a hit, the couple says. Now, the resort employs 22 individuals - 18 of which are local to Panama.

Guests at Catalina's Hideaway can choose between activities such as horseback riding, massages, stand-up paddle boarding, and yoga, among others.

“We feel like we’re hitting our groove,” Somes said.

“There was never a doubt that it wasn't going to work,” he said. “If you build it, they will come.”

Looking ahead, the couple says they aren’t in a rush to expand their operation past perhaps adding three more units to the property.

“Who knows what the future holds … we just want to enjoy it.”

Family members are still searching for answers after the RCMP apologized for not properly investigating an Indigenous woman's death more than five decades ago.

Watch as a small plane crash-lands on a California freeway; no injuries

The pilot and passenger aboard a single-engine plane survived a dramatic crash-landing on a California freeway, in video captured on a dashcam.

More than two dozen plastic makers are asking the Federal Court to put an end to Ottawa's plan to ban several single-use plastic items including straws, cutlery and takeout containers.

Children ages 1-9 in London were made eligible for booster doses of a polio vaccine Wednesday after British health authorities reported finding evidence the virus has spread in multiple areas of the city but found no cases of the paralytic disease in people.