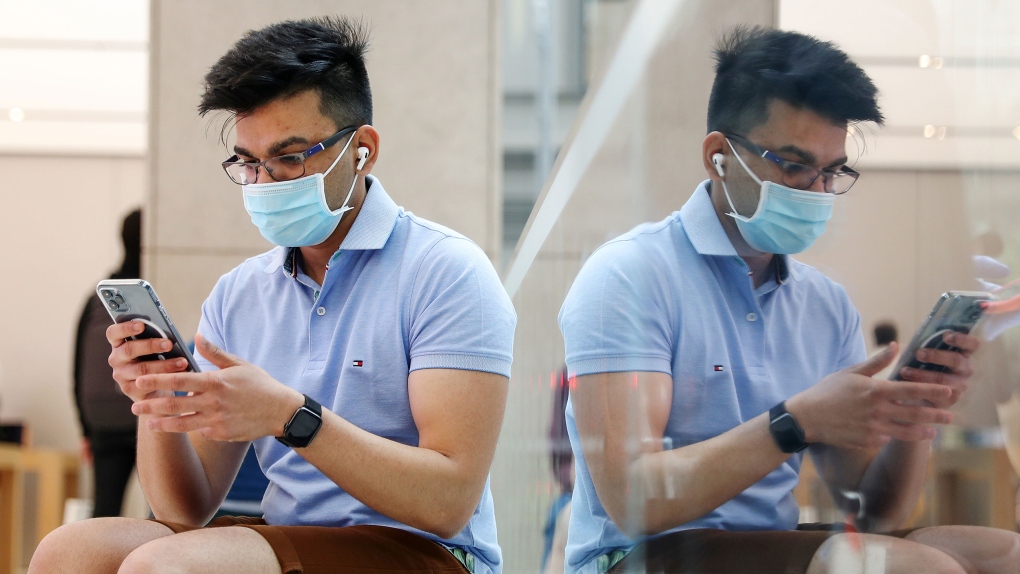 TORONTO -- A new study found social media use was linked to a higher spread of COVID-19 in the early stages of the pandemic, which researchers suggest could be due to widespread misinformation.

“What we found was surprising,” says research lead Jude Kong, an assistant professor at York University’s faculty of science. “This highlights the need to consider the dynamic role that social media plays in epidemics.”

Their findings suggest that the more false information spread, such as messages downplaying the potential dangers of COVID-19 or the effectiveness of mask-wearing and social distancing, the more the case count increased.

The study cited Canada as an example, saying the country had a lower level of social media use than the United States, and a lower number of COVID-19 cases at the beginning of the pandemic.

In the initial stage of COVID-19, information was sparse on the disease, the study said, and vaccines were not yet developed.

“So it appears that false information filled an important void for people in countries where social media and reality were tightly weaved,” the study reads.

However, the study ends on an optimistic note. Now, more than a year since the pandemic began, a wealth of scientific research and experience has been accumulated. The report indicates that social media could actually help slow a contagion’s spread by promoting factual information that combats misinformation.

Kong says by examining the influence social media has had throughout the pandemic, “It will help us to actually come up with efficient intervention measures going forward.”