Marineland bans lawyer, filmmaker and scientist among others from entering park 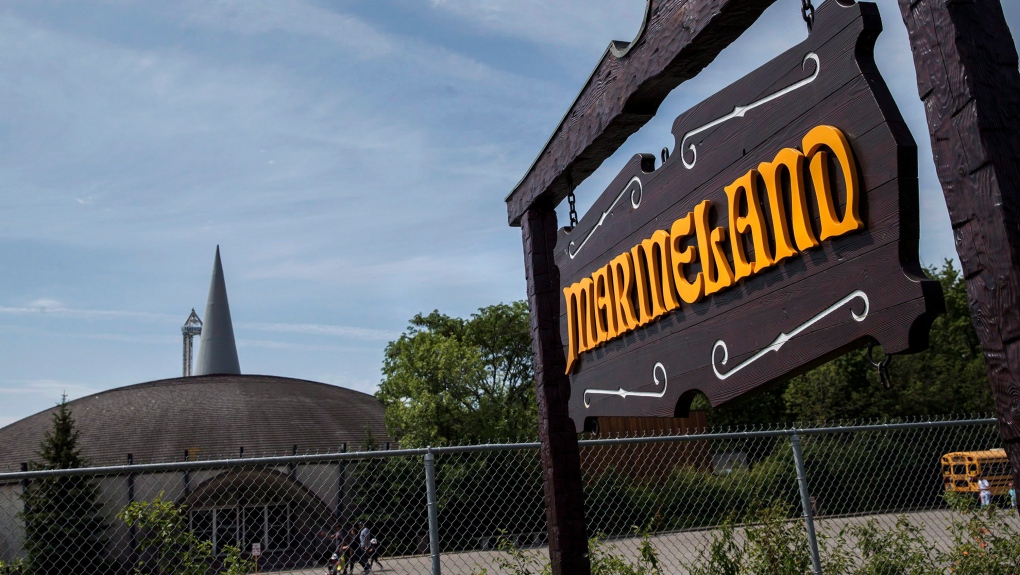 Marineland has banned a number of people from its premises, some of whom have never visited the Niagara Falls, Ont., tourist attraction, days before the facility was set to open for the season.

A lawyer, a filmmaker and a scientist are among those who received a notice of trespass, which are all identically worded save for the names. The notices say the recipients "are prohibited from entering upon the property known as Marineland of Canada, Inc" and cannot enter the property "at any time for any reason whatsoever."

The notice says any recipients who do come on the property can be charged under the Trespass to Property Act and be subject to a $2,000 fine upon conviction.

The documents are signed by owner Marie Holer.

Marineland, which opened for the season on Saturday, did not respond to multiple requests for comment.

Miranda Desa, a lawyer with the activist organization Last Chance for Animals, said she received the notice on Tuesday.

That notice indicated the ban applied not only to Desa, but the entire organization, "its employees, volunteers, representatives, agents, directors and affiliates."

"The first thing that comes to mind is, 'what are they hiding?"' she said.

"I assisted Last Chance for Animals in filing a complaint against Marineland just last fall."

Last year, Last Chance for Animals sent an investigator into Marineland to see what was going on inside the park.

The organization sent videos as part of a complaint to Niagara regional police in September 2021 and its investigator gave a statement to police a month later.

Marineland blamed the charge on "ideologically driven activists" who filed a police complaint.

Marineland made its fourth appearance in court on the charges this week. The case was adjourned until June.

In March, police reached out to Last Chance for Animals to ask for more photographs and videos, Desa said.

"I think that they are seeking to prevent LCA from attending and seeing what's going on," she said of Marineland's ban.

Desa said organization members will respect the notice of trespass, noting they have no real recourse to fight the ban.

"There are plenty of good ways to continue to advocate," she said.

"It seems silly, they can't really ban everybody," he said.

"I have no intention of going back, there's no need," he said.

Others who received the trespass notice were mystified, including three advisers to the Whale Sanctuary Project, a proposed Nova Scotia coastal refuge for whales formerly kept in marine parks.

"I've had nothing to do with Marineland," said documentary filmmaker Harry Rabin, laughing. "It's really weird."

He suspects the notice he received may have to do with his upcoming documentary, "Cry of the Wild," about the 100 whales that were captured and kept in Russian waters and bound for marine parks all over the world.

"I wasn't really paying much attention to them, we were doing our thing, but they've awoken a slumbering giant now," he said.

Sara Dubois, the chief scientific officer with the British Columbia Society for the Prevention of Cruelty to Animals, believes it must be her connection as an adviser to the Whale Sanctuary Project that got her on the list.

"Honestly, I thought it was spam," she said.

A third adviser to the sanctuary project, Liv Baker, who lives in New York City, also said she's never visited or discussed the park before.

"It's odd," said Baker, a professor in the animal behaviour and conservation program at Hunter College, "and random."

Charles Vinick, executive director of the Whale Sanctuary Project, said he and a handful of advisers had received the notices, but no other employees.

Marineland and the sanctuary project had previously held talks about potentially transferring some whales at some point, but those discussions ended in December when Marineland released a report alleging the sanctuary waters were too polluted.

"We look forward to talking to Marineland in the future," Vinick said.

This report by The Canadian Press was first published May 21, 2022.

BREAKING | Several taken to hospital after shootout erupts at bank in Saanich, B.C.

Five people were taken to hospital and two suspects have been arrested after a shootout with police at a bank in Saanich, B.C.

John Horgan announced Tuesday afternoon that he will step down as premier of British Columbia.