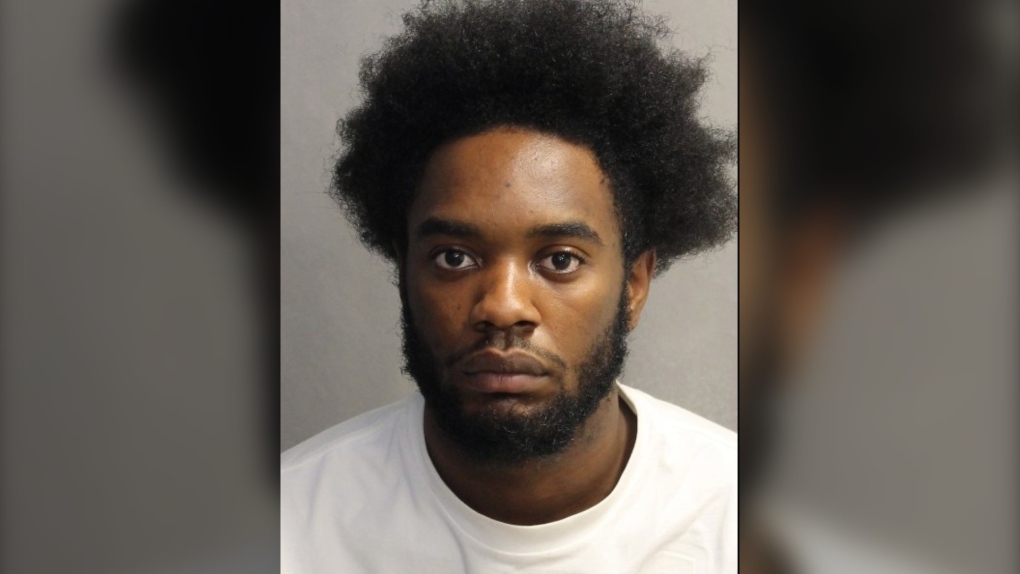 Tyrese Campbell-Fraser, 22, is seen in this undated photograph provided by the Toronto Police Service.

A 22-year-old man has been charged with nearly 100 offences after allegedly defrauding multiple people in Toronto using fake cheques.

According to Toronto police, the incidents took place over the span of about 10 months, between April 2021 and February 2022.

During this time, a man would reach out to victims on Kijiji, Facebook Marketplace and Snapchat and agree to buy various items such as designer shoes and clothing.

Police say the man would meet the victims and pay for the items using fraudulent cheques that were deposited through mobile banking.

“The cheques would be more than the items purchased, causing the victims to transfer the difference back to the man,” police said in a news release issued in February.

The cheques were later put on hold and determined to be fake; however police say that by the time that process was complete, the man would have already fled with both the merchandise and money.

Police say they took a suspect into custody on June 27 in connection with the investigation.

Police have also released Campbell-Fraser’s image as investigators believe there may be more victims.

He has been described as standing about six feet, weighing about 180 pounds, with braided hair and fades on the sides, and a black beard.

Police say he has tattoos of "Heaven Fraser" on his right forearm, and "514" on his left forearm.

Study connects climate hazards to 58 per cent of infectious diseases

Climate hazards, such as flooding, heat waves and drought have worsened more than half of the hundreds of known infectious diseases in people, including malaria, hantavirus, cholera and even anthrax.

A state of emergency remains in place for central Newfoundland, as well as a provincewide outdoor fire ban, as a long-burning forest fire continues to grow.

Masks will not be mandatory in Ontario schools next semester

Students in Ontario schools will not be required to wear masks come the fall semester, the Ministry of Education confirmed Monday.

The white man who fatally shot Ahmaud Arbery after chasing the 25-year-old Black man in a Georgia neighbourhood was sentenced Monday to life in prison for committing a federal hate crime.

Efforts to feed a dangerously thin Beluga whale that has strayed into the Seine River in France have failed so far and experts are now trying to get the whale out of the river lock where it is stuck, environmentalists said Monday.

Pfizer’s antiviral medication Paxlovid is designed to reduce the risk of hospitalizations in patients with COVID-19. It’s approved for use in Canada, but the rules about who can prescribe and dispense it vary by province.