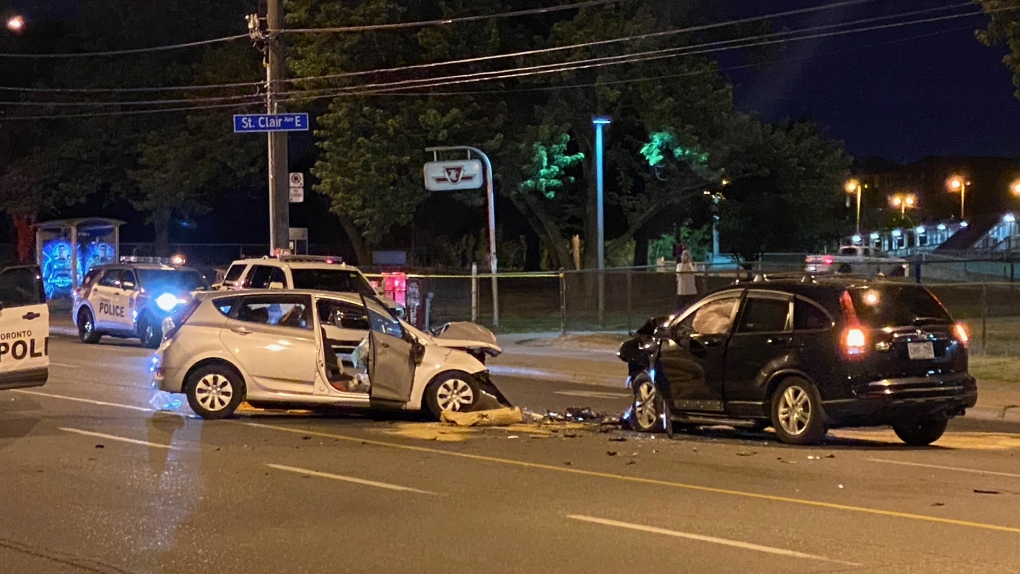 Damaged vehicles are seen in Scarborough after a fatal collision on July 3, 2022. (Mike Nguyen/CP24)

One man is dead and three other people are in hospital after a triple-car collision in Scarborough on Sunday night.

Officers arrived to find one man who was pronounced dead at the scene.

Canadian MPs and veteran groups are urging ministers to do more to help thousands of Afghans who assisted Canadian Forces, but remain trapped in Afghanistan a year after the Taliban seized Kabul.

The top executive at Pfizer, a leading producer of COVID-19 vaccines, has tested positive for the virus and says he is experiencing very mild symptoms.

Prince Harry and his wife Meghan, the Duchess of Sussex, will visit the U.K. next month for the first time since they returned for Queen Elizabeth II 's Platinum Jubilee celebrations.