TORONTO -- A man is dead after a shooting at a condominium building in Willowdale Thursday night.

It happened in the underground parking garage of the building on Harrison Garden Boulevard, in the area of Yonge Street and Highway 401, around 7:20 p.m.

When emergency crews arrived, they located a male victim in a vehicle suffering from multiple gunshot wounds.

Alldrit said the man was pronounced dead at the scene. 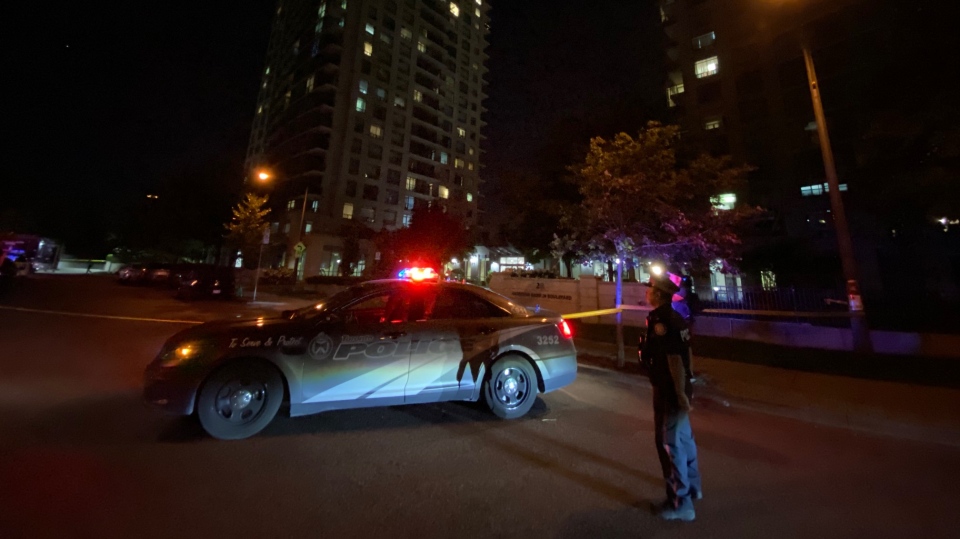 "We had officers clear the building for the suspects, and we don't have any suspect information at this time," he said.

Alldrit said officers will be knocking on doors for the rest of the evening to look for witnesses. They will also be working on collecting surveillance video from the buildings.

"It's a beautiful night. There's a lot of people out," he said. "I'd be appealing to members of the public and in this community especially, any information they have regarding this shooting, to please come forward."

Area resident Derek Bhopalsingh said the shooting is very unsettling especially because it happened in their community where there are a lot of young families.

Yasser Amer, who lives in the next building, said he is terrified for his children who usually play in a nearby park.

SHOOTING: Harrison Garden Blvd/Avondale Ave
- Adult male has been shot, no info on level of injury
- We are there to investigate so there will be a police presence in the area
- No information on suspects
- More to follow#GO1568363
^rr pic.twitter.com/ab8aoNYndS