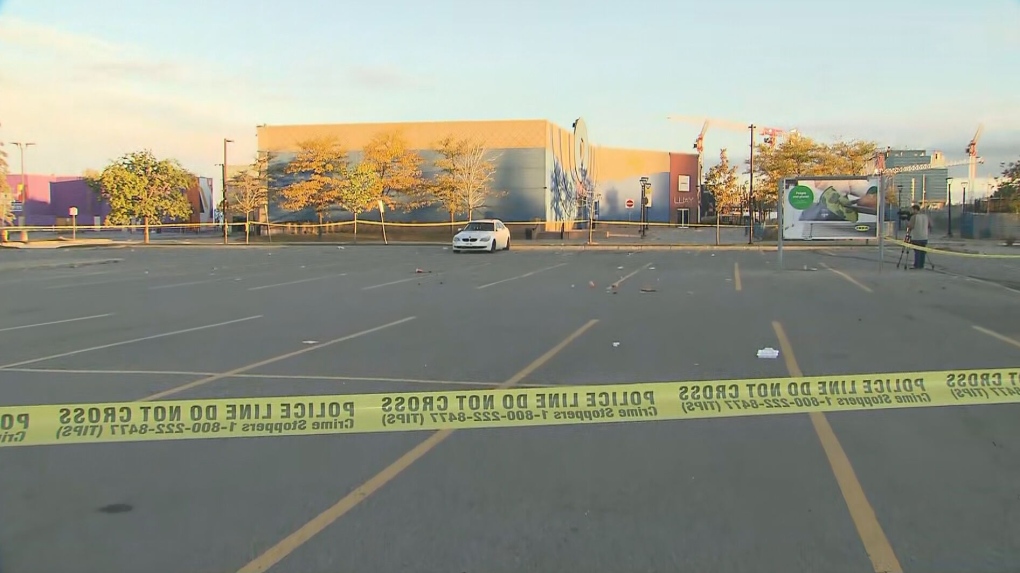 A male has critical injuries following a shooting in Vaughan early Saturday morning.

A Brampton man is dead in what police believe was a targeted shooting in Vaughan early Saturday morning.

York Regional Police were called to the area of Highway 7 and Interchange Way around 3:30 a.m. for shots fired.

Upon arrival, officers located a man in a parking lot with gunshot wounds.

He was transported to the hospital with life-threatening injuries and underwent surgery. However, in an update Saturday evening, police said the victim later died from his injuries.

He has been identified as 20-year-old Moses Alphonso Wright. Police said Wright was also known by his family and friends as MJ.

“At this time, it appears to be targeted. We don’t have details as to why this individual was targeted,” said Const. Amy Boudreau, a media relations officer with York Regional Police.

“We are actively trying to figure out those answers so we can fully understand what happened early this morning.”

Police continue to urge anyone who was in the area at the time of the shooting to come forward as well as anyone with surveillance or dashcam video.

Boudreau said it appeared there was a gathering in the area when the victim was fatally shot.

“We believe there was a large crowd here at the time of the incident. So we are urging any potential witnesses to please come forward and speak with our homicide unit,” she said.

“Even if you didn’t see exactly what happened, any piece of information at this time will help us with the investigation.”