Scarborough is asking Toronto to share the love when it comes to hospital donations.

In a new campaign that launched this month, the Scarborough Health Network (SHN) Foundation says their facilities receive less than one per cent of hospital donations in Toronto—even though it represents about 25 per cent of the city’s population.

“The hospitals in Scarborough have been chronically underfunded for decades now. And we see that in the aging infrastructure, and just in the lack of spaces to expand,” Dr. Collette Rutherford, Corporate Chief and Medical Director of Obstetrics and Gynecology at SHN, told CP24 Friday morning.

“These donations are absolutely critical in terms of upgrades, expansions, new programming, and so we're reaching out to Toronto, as a as a larger community, to help us and to support us in raising this $100 million to better serve and continue to provide excellent care to the people of Scarborough.”

The campaign, named “Love, Scarborough,” asks “when will we all be treated equally,” pointing out that most diverse neighborhoods are the most ignored when it comes to healthcare. 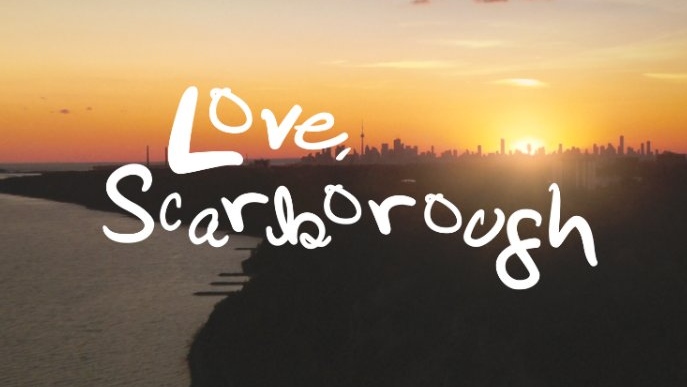 Rutherford says that more than half of the one million people who live in the area are newcomers to Canada and about 75 per cent of the population are visible minorities. And yet, these newcomers are being treated in the oldest hospitals.

After reviewing financial data published to the Canadian Revenue Agency, the SHN found that hospital foundations in the City of Toronto received donations of about $1 billion. Officials said the SHN foundation’s share, however, was less than one per cent of that.

The mass media marketing campaign “Love, Scarborough” hopes to change that. In 26 letters—one for every letter of the alphabet—community leaders, patients, doctors, staff and volunteers talk about what the SHN means to them and why they choose to call Scarborough home.

The campaign has been widely supported by various partners, including Bell Media, and politicians like Toronto Mayor John Tory, who last week raised the SHN Foundation’s flag and declared “Love, Scarborough Day.”

UPDATED | Ont. and Que. scramble to recover from thunderstorm that left at least 8 dead

Russia pressed its offensive in eastern Ukraine on Sunday as Poland's president traveled to Kyiv to support the country's European Union aspirations, becoming the first foreign leader to address the Ukrainian parliament since the start of the war.

Beginning at sunrise on Monday, the Tk'emlúps te Secwépemc will host a solemn day of ceremony and reflection to mark the one-year anniversary of unmarked graves being located at the site of the former Kamloops Indian Residential School.