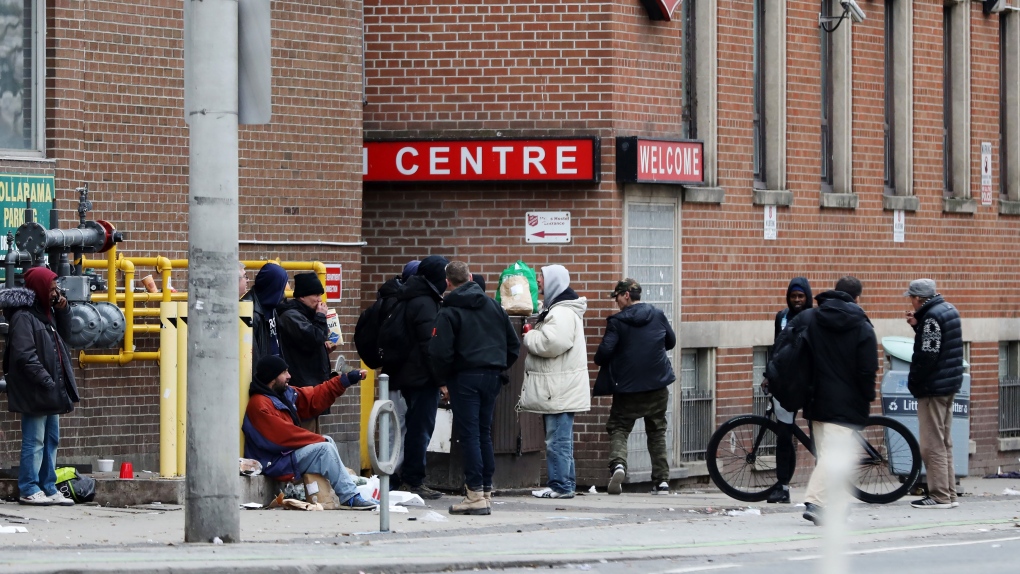 TORONTO -- New data on Toronto’s city-run shelters reveal that the system has seen an explosive surge in violence in the last few years.

The data, obtained by The Canadian Press, discloses that, on average, violent incidents in shelters have increased more than 200 per cent in the last five years — from 120 incidents per month in 2016 to 368 per month in January of 2021.

It isn’t only violent incidents that have increased, either.

According to data provided by the City of Toronto, deaths in city-run shelters have increased by 125 per cent in the first quarter of 2021, compared to that of 2020. There were 16 deaths in the city-run shelter system from January to April of 2020. In that same time period in 2021, 36 deaths were reported.

Users of the city-run shelter systems say they have noticed the increase in tensions and violence. Many cite the COVID-19 pandemic, coupled with overcrowding and the overdose crisis, as the reasoning behind the increase.

Michael Eschbach, a resident of the city-run shelter system for almost nine years now, said overcrowding has been a big part of why he thinks tensions are rising in shelters. He is now staying in a city-run hotel-turned-shelter in Parkdale, while awaiting permanent housing, but previously used congregate setting shelters.

“The city kept stuffing more and more beds into the basement of this church, so it became so overcrowded, like a rat cage, and then all sudden you could see people snipping and getting testy with each other,” Eschbach told CTV News Toronto.

As of June 14, city data revealed that a total of 4,790 residents are using city-run shelters, yet lists the total occupancy as 3,225 for that day.

Eschbach says there’s nowhere to go to “calm down” in the congregate setting shelters.

“Once there's tension between two people, it almost always literally explodes into some sort of violent confrontation. You can't detach yourself from a situation and think it out or calm yourself down,” he continued.

He said he has had to fend off random attacks more than once.

“I had a couple of guys try to beat me up once for no reason at all. You're just sitting there eating dinner and all of a sudden you're on the floor because some guys walk beside you and decide to have a fight right there,” Eschbach said.

Gru, who chose not to include his surname, used the city-run shelter system prior to the pandemic, telling CTV News Toronto he’s not at all surprised to see the increase of violent incidents and death.

“Witnessing violence in the shelters before COVID-19— I could take a pretty educated guess at how things would progress as the fear of COVID spread through the homeless population, and then as COVID-19 itself ripped through the shelters,” Gru said.

“My pre-pandemic shelter experiences always put me in [the same mindset] of the institutional settings that I saw while incarcerated as a younger man … From theft to fights, dorm settings with large numbers of traumatized people are going to manifest in similar ways,” he continued.

When reached for comment, the City of Toronto said “they take safety in the shelter system seriously and have put many measures in place and continues to enhance these measures.”

“Each shelter has identified an IPAC lead to coordinate IPAC work and to focus on continuous improvements as needed,” said Scheuer.

On June 10, the city also launched a new toolkit, aimed at preventing overdoses in the houseless population.

Doug Johnson Hatlem, a street pastor at Sanctuary Toronto, told CTV News Toronto that some of the street communities he interacts with on daily basis prefer to stay out of the shelter system due to the violence, death, and overcrowding in city-run shelters and prefer instead to live in encampments — the same encampments that the City of Toronto has been actively working to empty in order to get people into shelters.

The city cites safety concerns in its effort to empty the encampments.

“The health outcomes for people who stay outside are complex and serious. Individuals living in encampments are also at risk of contracting COVID-19. There have been 100 fires in encampments so far this year,” Scheuer said.

During a report on shelter safety seen by Toronto City Council on June 8, a graph revealed that the two top reasons people chose not to use the city-run shelter system were due to concerns surrounding safety. 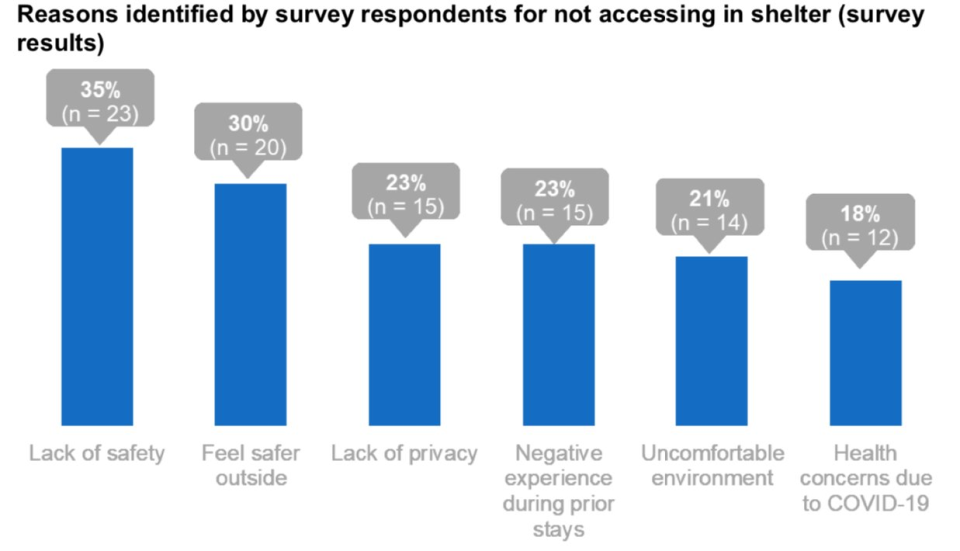 “I think there's a number of reasons, it’s not only the overcrowding, that continues to get worse and worse month over month year over year. I think people don’t often feel that they're treated humanely in [city-run shelters], and the overdose crisis, I think contributes to it as well,” Hatlem said.

A report released in May 2021 by Ontario Drug Policy Research Network at Toronto's St. Michael's Hospital found that the number of houseless residents who died of opioid overdoses more than doubled during the pandemic — from 135 deaths to 323 deaths in the same period the year before.

Zoe Dodd, of the Toronto Overdose Prevention Society, told CTV News Toronto what she thought the city could do to improve safety in shelters and prevent future overdoses.

“We need to be coming in to talk to them directly about what their needs are, a wellness check to make sure they're okay, putting naloxone everywhere, having everybody who works there trained in person, not just online,” she continued.

As far as the issue of overcrowding goes, Eschbach said the city-run hotel shelters are a good start.

“It’s less, less crowding right off the bat. These hotel shelters work really well. There's violence here, but it's not as bad as an actual shelter. That's because of the separation. Everybody gets their own space to go,” Eschbach said.

Hatlem added that forming a resident council, made up of houseless residents, could help provide power and autonomy to those living on the streets.

“The thing would be to form a residents’ council that would have real power and a real say over how a shelter is run, or how a shelter hotel is run so that they can say ‘These are the things that would make us feel safe.’”