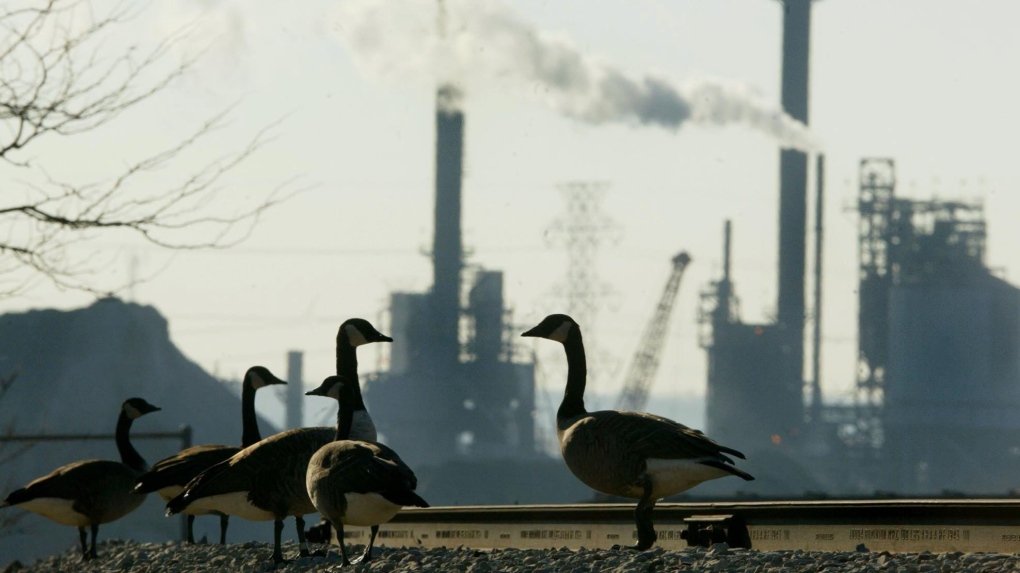 A group of Canada geese stand on railway tracks as a plant operates in the background at Hamilton Harbour in Hamilton, Ont. Tuesday December 10, 2002. (CP PHOTO/Kevin Frayer)

Sewage has been leaking into the Hamilton Harbour in Lake Ontario for about 26 years, the city has confirmed.

The leak was discovered just after 12 p.m. Tuesday at the northeast corner of Wentworth Street North and Burlington Street East, officials said in a release.

According to the city, it's gone undetected since 1996.

The cause of the leak comes from a hole in a combined sewage pipe, they said, and as a result, 50 or so Hamilton residences have been flushing directly into a storm sewer leading into the harbour.

At this time, it’s unclear how much sewage has leaked into the harbour, but the city has said it will release that number when available.

“In one word, the environmental impacts are unacceptable,” the Director of Hamilton Water told reporters in a media briefing Tuesday, adding they won't know the full extent of the damage until more assessments can be done.

Hamilton Water said its immediate priority upon discovering the leak was “mitigating the spill and protecting the environment.”

"What I want to see, what we need to see as Hamiltonians, is some evidence as to how this occurred and was able to go undetected for this length of time," Horwath said.

The city’s drinking water has not been affected, Hamilton Water confirmed, adding that the overall risk of public exposure is "very low."