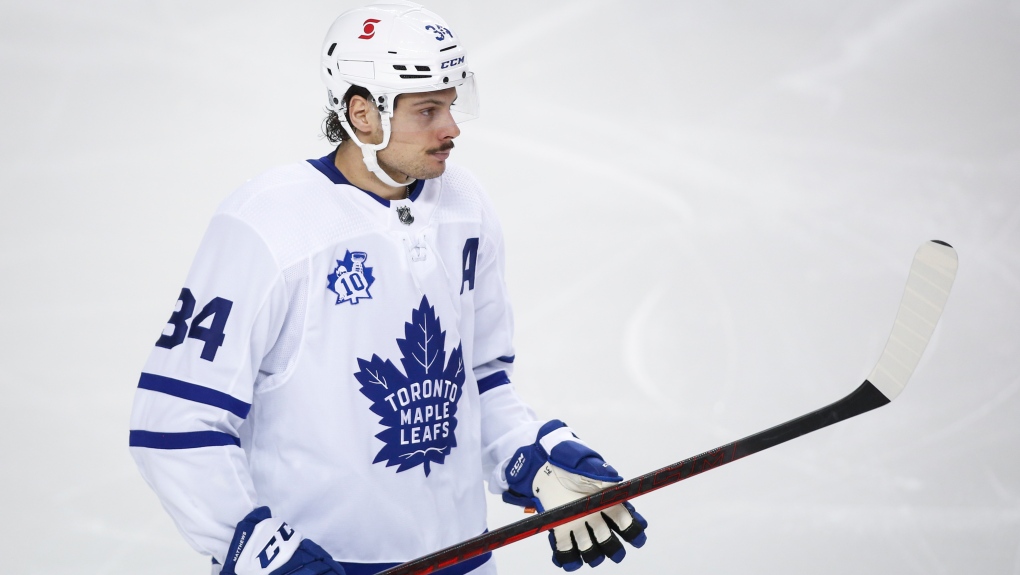 Matthews skated with the main practice group for about half an hour before leaving the ice.

The 24-year-old sniper dealt underwent surgery on his left wrist Aug. 13 and said at the time he hoped to be ready for the start the 2021-22 season.

The Maple Leafs open their season Oct. 13 against the visiting Montreal Canadiens.

Matthews dealt with the nagging wrist injury much of a pandemic-shortened 2020-21 campaign, where he still scored a league-high 41 times in just 52 games to capture the first Maurice (Rocket) Richard Trophy of his career.

Matthews said he decided to undergo the procedure after he noticed discomfort when he started to push things physically leading up to training camp.

This report by The Canadian Press was first published Sept. 28, 2021.