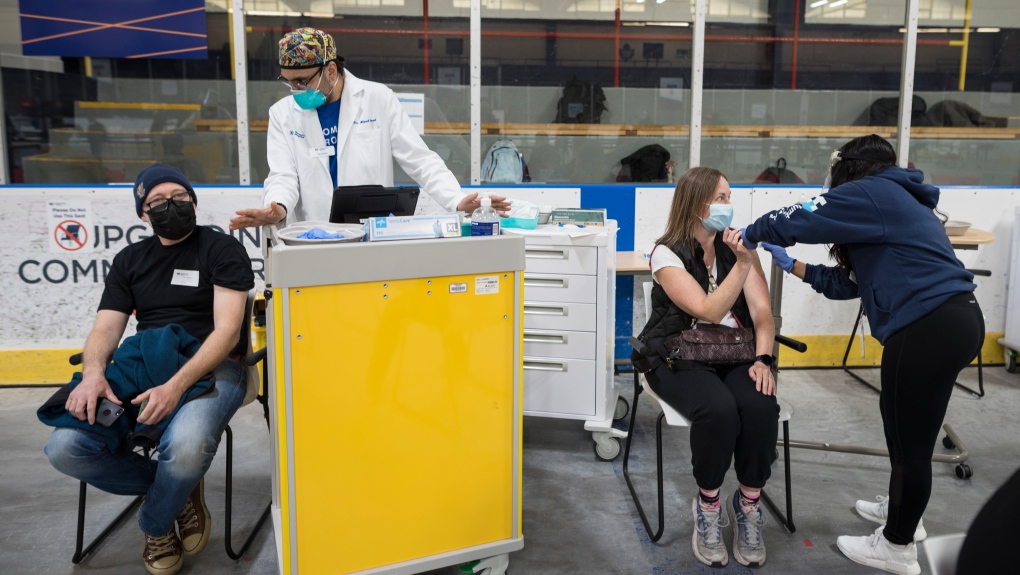 A key part of Toronto’s hyper-local vaccine rollout strategy could be scrapped as soon as Canada Day, without additional funding from the provincial government to help pay for it.

The city has used vaccine engagement teams made up of hundreds of community ambassadors to help address hesitancy in neighbourhoods where uptake was below the city-wide average, in some cases even going door-to-door in apartment buildings to speak face-to-face with residents.

But during a meeting of the city’s board of health on Monday, Deputy Medical Officer of Health Dr. Na-Koshie Lamptey revealed that the funding to operate the program is set to run out on July 1.

Lamptey said that Toronto Public Health wants to keep the program running through the end of 2022 but will need additional money from the next provincial government to do that.

“We expect an increase in COVID-19 activity in the fall with potential waning immunity and increased activity indoors, especially for people over the age of 50. We also anticipate new priorities for outreach, including when the licensed product becomes available for children under the age of five,” she said. “So it is recommended that the engagement teams continue to operate until December 31 with financial support from the province. Without an extension the City of Toronto would have significantly reduced capacity to mitigate the disproportionate impacts of COVID-19 and that could have effects on health inequities.”

Data released by Toronto Public Health on Monday showed that the first dose coverage rate in the 35 priority neighbourhoods that vaccine engagement teams were deployed has risen from 66 to 85 per cent since June, 2021.

That outpaced the growth in first dose coverage in all pother neighbourhoods, which went from 72 per cent to 85 per cent during the same time period.

Lamptey said that polling done by the city has also underscored the success of the program.

“It showed that 77 per cent of ambassadors reported an increase in vaccine confidence following their engagements with community members and 72 per cent reported that the transportation resources they provided to community members, such as ride sharing vouchers and transit fares, were key to improving access to vaccine appointments,” she said. “About 93 per cent of residents that were surveyed also reported that the materials that they were given to them by the ambassadors helped increase their confidence.”

There are currently about 600 community ambassadors assigned to vaccine engagement teams. The city says that those ambassadors spent approximately 70,000 total hours engaging with Torontonians over a one-year period ending in March. They interacted with those residents in 43 different languages, according to the city.