‘It was very scary’: Two people injured, one critically, after shooting near Jane and Finch

The owner of a small convenience store, located at a plaza near Jane Street and Finch Avenue, said he had just told a man where the plaza's prayer room was located, when suddenly he reappeared with a bullet wound.

"This guy he came, he asked me if there was a prayer place upstairs, I told him it was there. He went there and got shot and he came back over here," store owner Aurangzeb Chaudhry said. The man then asked him to call 911.

The unidentified innocent victim was one of two people shot last evening at the Yorkwoods plaza.

Kumar Kalthi was inside his variety store when he heard what sounded like a machine gun or semi-automatic weapon. He hit the floor behind the counter.

"Oh last night it was very scary, it looked like semi-automatic or machine gun. I don't know which one but it kept going for 30 seconds like boom, boom, boom.” 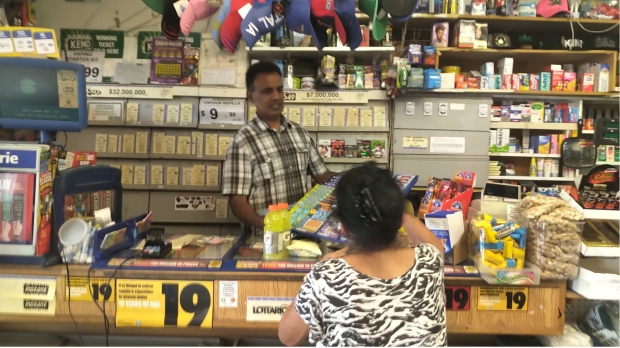 Randy Mohammed, who runs a roti show in the plaza, said he had just closed up for the night. Today he is lucky to be alive, he said.

"I would have been working right there, to tell you the truth, right in the same spot where that bullet hole is." 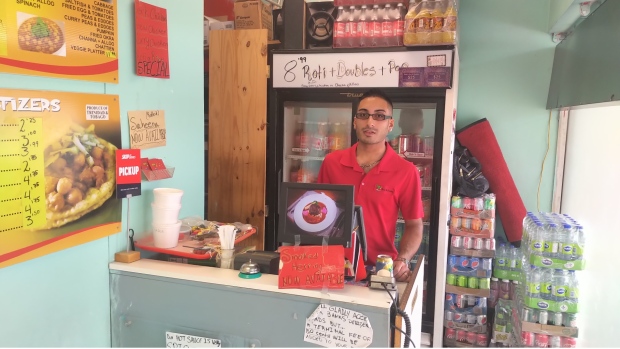 The two gunmen are believed to have escaped on foot, each running in opposite directions. For people who work in this plaza, they are used to the gun violence, they said.

This was the fifth time in recent memory there has been a shooting in the area. And while some owners have replaced the shattered glass, bulllet holes from past shootings remain in some store fronts. 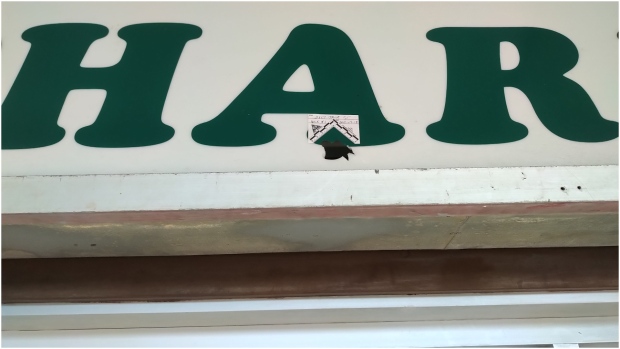 A bullet hole can be seen on this sign in the Yorkwoods Plaza near Jane Street and Finch Avenue. (CTV News Toronto)

Mayor John Tory has since weighed in on the shooting. "I find it exasperating and incredibly frustrating,” Tory said.

The people who work in the plaza say while it is frustrating, it is now a way of life.