'It’s the answer we feared': Ontario restaurant workers will not get COVID-19 vaccine in Phase 2

TORONTO -- Restaurant workers will not be included in Phase 2 of Ontario’s COVID-19 vaccine distribution plan, leading one group to wonder why the government is prioritizing industries that weren’t forced to shutter during lockdown because they were at higher risk during the pandemic.

When the Ontario government released their comprehensive list of those eligible for the COVID-19 vaccine in Phase 2 of its rollout two weeks ago, one group was noticeably missing—the food and beverage industry. Their absence prompted restaurant owners and advocates to reach out to the government for clarification, asking why a group of employees whose job it is to interact with unmasked customers wasn’t being prioritized on the same level as low-risk retail workers.

Restaurants Canada, an organization that represents the food service industry, said it took them about a week and a half of back-and-forth with various ministry officials before they were able to get a straight answer.

“That’s the frustrating part,” James Rilett, VP of the group’s Central Canada division, said. “We don’t seem to have anybody, one ministry that oversees our industry, and no one seems to want to go out on a limb and take a position. We had the same problems with getting answers about mask requirements and what employees need to wear for protection and PPE in the stores.”

“Anytime there’s a change and we ask either health or labour questions they just say contact a lawyer and they’ll interpret the laws for you…it’s really frustrating that we can’t get simple questions answered.”

Phase 2 of Ontario’s COVID-19 rollout is expected to begin in April. In addition to age being a factor, the government said they would be prioritizing “individuals who are at risk of severe outcomes from contracting the virus, those who are at a high risk of spreading the virus to vulnerable individuals, and those at high risk of exposure to the virus in their daily work.”

A list of essential employees who cannot work from home was provided. Under this categorization, workers were divided into two priority groups. The first included teachers, child-care workers and those in food manufacturing or agriculture. The second included high-risk and critical retail workers, such as those in grocery stores and pharmacies, as well as lower risk workers in financial services.

Restaurant staff or members of the food and beverage industry were not specifically mentioned.

Rilett told CTV News Toronto that he finally received a response from the government on Friday. He said he was told the industry would not be included in Phase 2 and that employees would be vaccinated according to their age category.

“So it may change, but as of now restaurant employees are not covered in the Phase 2 rollout,” he said.

Rilett added that this wasn’t the answer he expected, but “the answer we feared.” 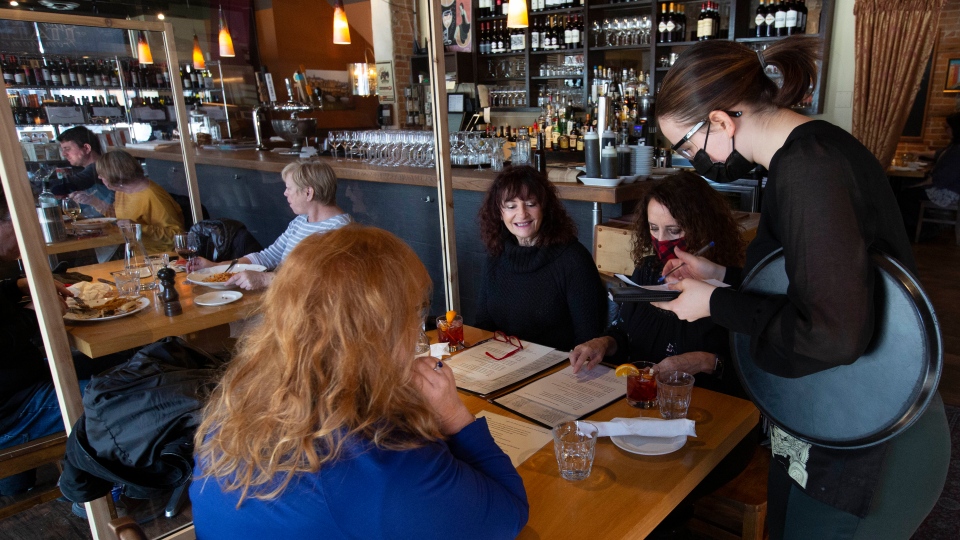 The Ministry of Health has not directly confirmed where restaurant workers stand on the priority list to get the vaccine.

CTV News Toronto reached out to the Ministry of Health on March 10 to confirm whether or not restaurant workers would be included in Phase 2 of the rollout. After a week, a spokesperson for the ministry sent a statement that simply reiterated the list already presented by health officials.

When pressed again whether that meant restaurant workers would not be included, CTV News Toronto received no response.

In a statement to CTV News Toronto, NDP Leader Andrea Horwath said the absence of restaurant workers from the government’s list is “surprising.”

"They deserve to know where they stand and how long they’ll have to wait,” Horwath said.

“The Ford government’s vaccine rollout has been slow and sloppy from the start. Folks with underlying conditions and essential workers in hot-spots should be getting their shots sooner than the current schedule. They’re most at-risk, and if we get to them quicker, we can save lives and end the cycle of lockdowns sooner,” she added.

A petition calling on restaurant workers to be included in Phase 2 of the province’s distribution plan now has more than 3,000 signatures.

The petition was created by Cassie MacKell, owner of Low Down bar in Collingwood, Ont. MacKell argues in the petition, and in a letter to Premier Doug Ford and members of the COVID-19 vaccine task force, that those in the food and beverage industry should be prioritized along with retail workers as they interact with unmasked customers on a daily basis.

“General Hillier and Premier Ford, if the vaccines are determined by level of risk, I ask you to consider the following: We prepare and serve meals to people who are not wearing masks while they eat or drink. We cannot stay six feet apart from our guests, we cannot work from behind plexi-glass and we certainly cannot work from home,” McKell’s letter reads. 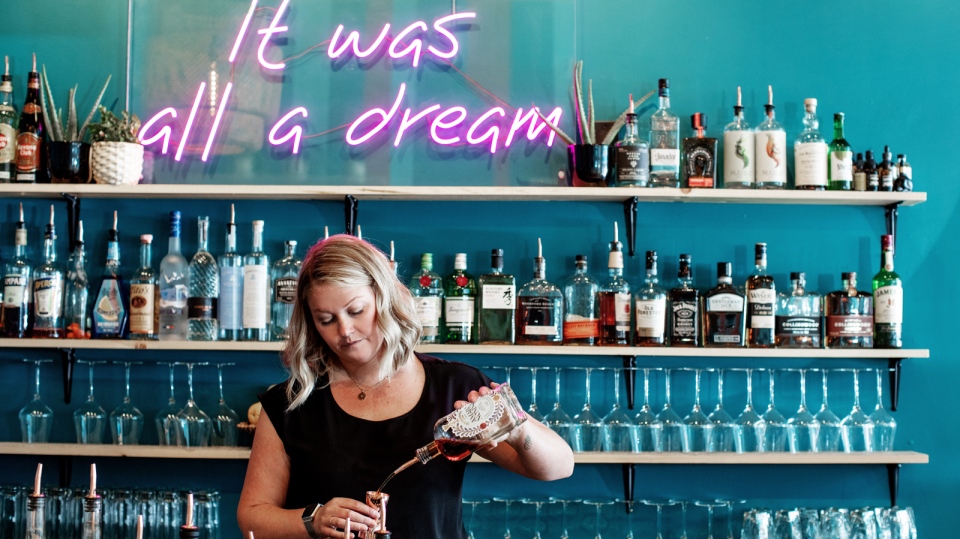 McKell said last week that she was confused when she saw that restaurant workers were not included in the list of people eligible during Phase 2.

“I say in my petition and I just can't say it enough—we're touching boxes and forks that have been in people's mouths,” she said. “We do wash our hands and sanitize numerous and unlimited amount of times during our shift, but I mean all it takes is you to not wash your hands completely or to miss it one time or something and anyone can get sick.”

Restaurants were hit hard during the pandemic. Ontario’s lockdown measures forced the majority of restaurants and bars to close to in-person dining for months at a time. In Toronto and Peel Region, two areas in the province’s strictest tier in the province’s COVID-19 shutdown framework, restaurants have been shuttered since November.

According to Restaurants Canada, more than 10 per cent of restaurants in Canada have already closed as a result of the COVID-19 pandemic and about 25 per cent of workers in the industry are not yet back at work.