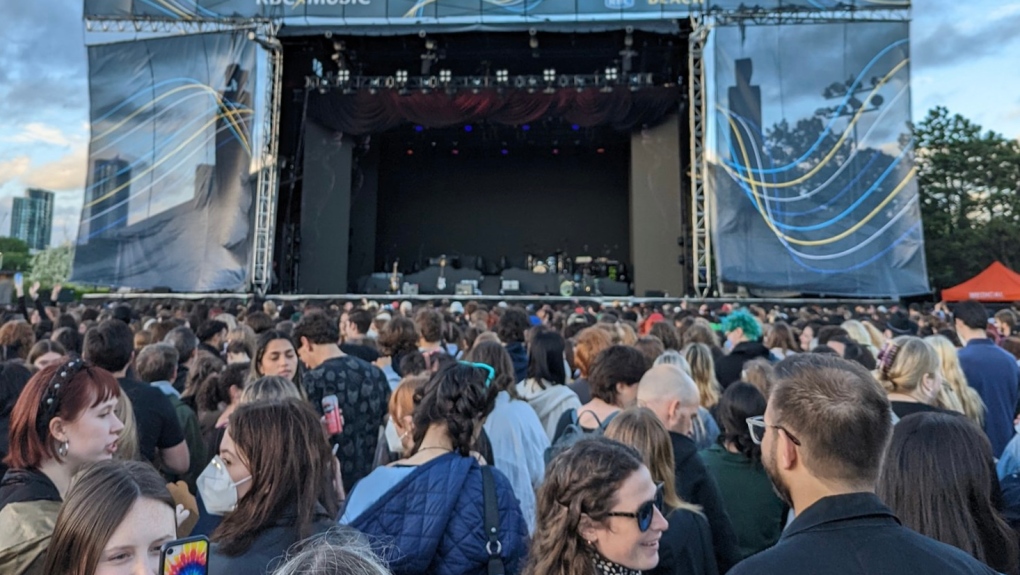 Those who were at the show say it was paused at least five times for individuals to receive medical attention.

“I didn't experience any pushing or shoving myself,” he told CTV News Toronto Wednesday, adding that he did witness other fans lose consciousness.

“I saw maybe three security guards show up and pick up whoever fainted and take them out of the crowd,” he said.

Toronto paramedics confirmed they attended the event and transported two people to local hospital with minor injuries, adding they expect there were others who fell unconscious.

Erin Laidley said she arrived at the show around 7:30 p.m and the venue, at that time, was a mess from those who had waited all day for the concert.

"I’ve never been to a show where so many people passed out or needed medical attention," Laidley said. "A lot of people near the front had camped out, in the rain, for 12+ hours to get barricade so some of the medic calls could’ve been from feeling faint because of dehydration or not eating enough before the show."

"I experienced a lot of shoving and pushing when getting let into the venue," Talukder said. "I almost fell over a huge rock, got my foot stomped on and was just pushed a lot."

During what she dubbed a "stampede," Talukder said she saw "people get punched and pushed onto the ground."

"I saw a girl get punched and she was bleeding."

Kania said he couldn’t tell what caused the "chaos."

“I'm not sure I've seen a band stop playing because of a medical event in the crowd once, much less five times,” he said. “I saw that a lot of people camped out for hours ahead of time, might've forgotten to eat or drink enough.”

In the moment, Kania said “ it was mostly a lot of confusion.”

Talukder added that "the venue let everyone in together, so it was extremely unorganized."

"Sending around 200 people [in] at once was definitely not a good idea and caused the stampede," she said, adding "the venue was just very unorganized."

In a statement to CTV News Toronto, a spokesperson for Live Nation Canada said that the concert was "proactively paused a few times so medical staff could assist fans who were experiencing dehydration."

"Safety is always our top priority and we worked in close collaboration with medical authorities throughout the evening."