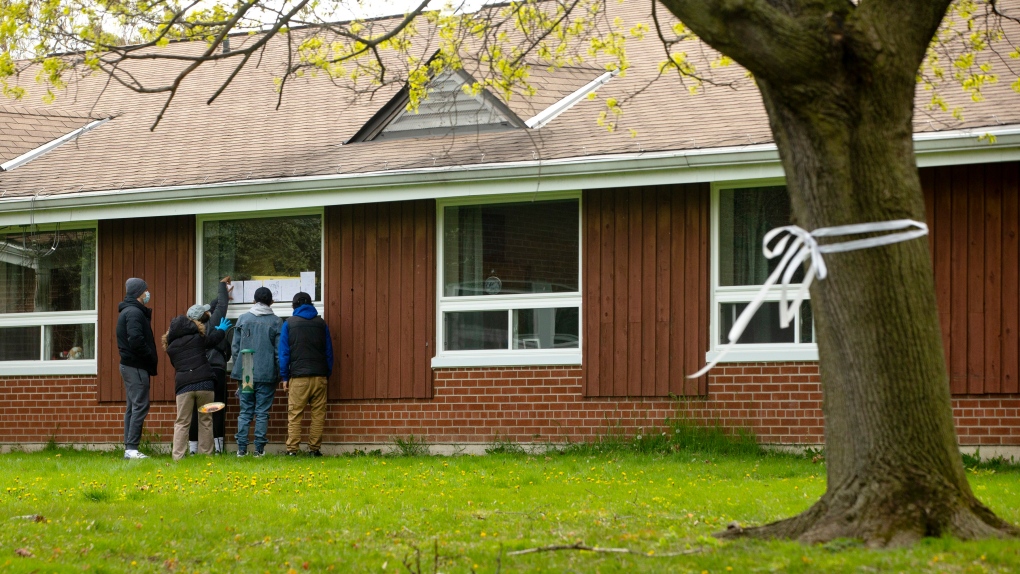 A resident at Altamont care home in Scarborough, Ont. receives a Mother's Day visit from her family, on Sunday, May 10, 2020. THE CANADIAN PRESS/Chris Young

TORONTO -- A deadly outbreak of COVID-19 at one of Ontario’s hardest-hit long-term care homes was caused by severe under-staffing, a lack of personal protective equipment and the failure to separate infected and non-infected residents, a $20-million class-action lawsuit alleges.

The class action was issued by Thomson Rogers against Sienna Senior Living Inc., which owns Altamont Care Community, on Monday on behalf of residents of the Toronto long-term care home and their families.

Fifty-three residents of the Scarborough home infected with the novel coronavirus have died.

During the outbreak of the disease, the lawyers allege, the facility “failed to implement screening measures of its staff and basic social distancing practices, including the separation of infected and non-infected residents following Ontario’s declaration of a state of emergency on March 17.”

“It is alleged that during this period, there was severe under-staffing at Altamont and a failure to provide basic personal protective equipment to Altamont’s staff,” a news release from the lawyers reads.

In their statement, the lawyers also allege that Altamont Care Community was cited for corrective action by the Ministry of Long-Term Care in 2019 for “its failure to ensure that staff participates in, and comply with, an infection prevention and control program, as well as its failure to document infection among its residents.”

Altamont Care Community was one of five homes in Ontario to receive support from the Canadian Armed Forces due to a severe outbreak of COVID-19. 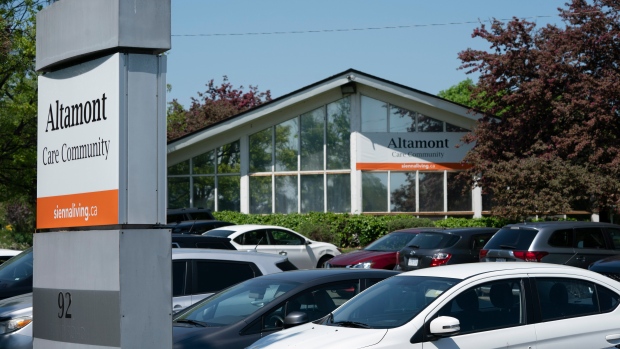 A military report detailing the grim state of these five homes was released by the Ontario government last week.

The report alleged that Altamont Care Community had staffing issues that led to inadequate nutrition at the facility and that most residents reported not having received three meals per day.

A statement in response to the proposed class action was issued by Sienna Senior Living Inc. on Monday.

“We empathize greatly with those who have lost loved ones,” the statement said. “We want to assure the families of our residents that we are very well equipped to continue to care for our residents throughout the pandemic.”

“At this time, our focus is solely on the care and well-being of our residents and team members and we are working collaboratively with all partners to ensure that each of our long-term care homes meets and surpasses ministry standards.”

The day after the military report was released, the Ontario government announced it would be taking over the management of five long-term care homes, including Altamont Care Community.

None of these allegations has been proven in court.