How many COVID-19 vaccines can Ontario expect in April? 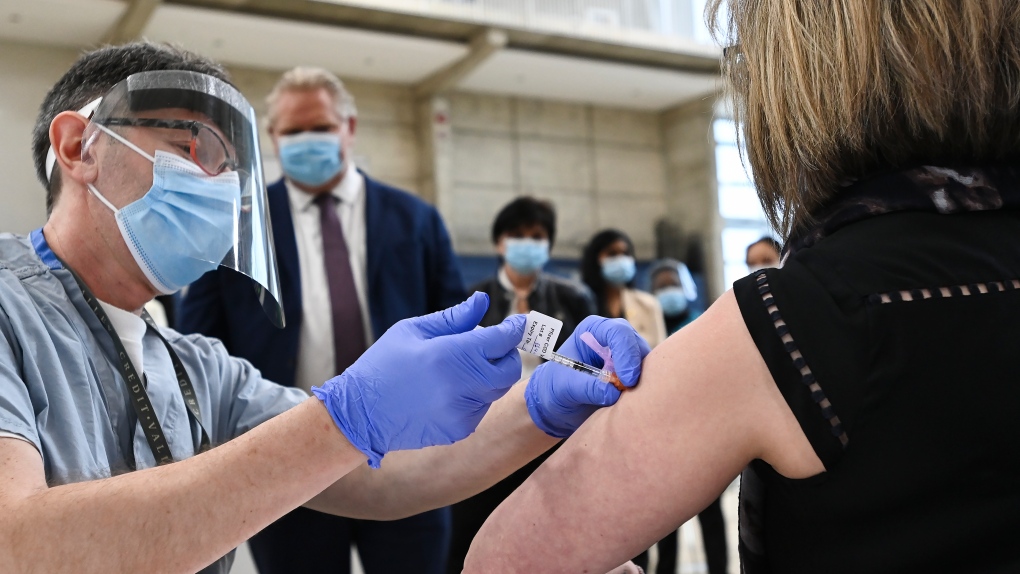 TORONTO -- More than 225,000 doses of the Moderna COVID-19 vaccine expected to arrive in Ontario this week will be delayed until April, the government has confirmed.

A spokesperson for the Premier Doug Ford’s office confirmed the second shipment is now expected around April 7, however the delivery has not yet been confirmed.

Meanwhile, the province says about 913,600 doses of the Pfizer-BioNtech vaccine arrived in Ontario over the past two weeks and have been distributed to local public health units.

At the beginning of March, provincial officials said they received about 194,500 doses of the AstraZeneca vaccine, which was rolled out to pharmacies and primary care offices. The Premier’s Office says that 583,400 doses of AstraZeneca arrived in Canada on March 30, but the federal government has yet to allocate the shots to provinces, as the U.S. manufacturing facilities are awaiting further approval from Health Canada.

On Tuesday, the chair of Ontario’s vaccine task force said that he still believes every resident will get at least one dose of a COVID-19 vaccine by June 20, the first day of summer. However, he acknowledged that the timeline is dependent on a consistent supply of vaccines.

Here is the breakdown of how many COVID-19 vaccine doses Ontario can expect in April so far:

• The province says that there is no delivery schedule at the moment for this vaccine.