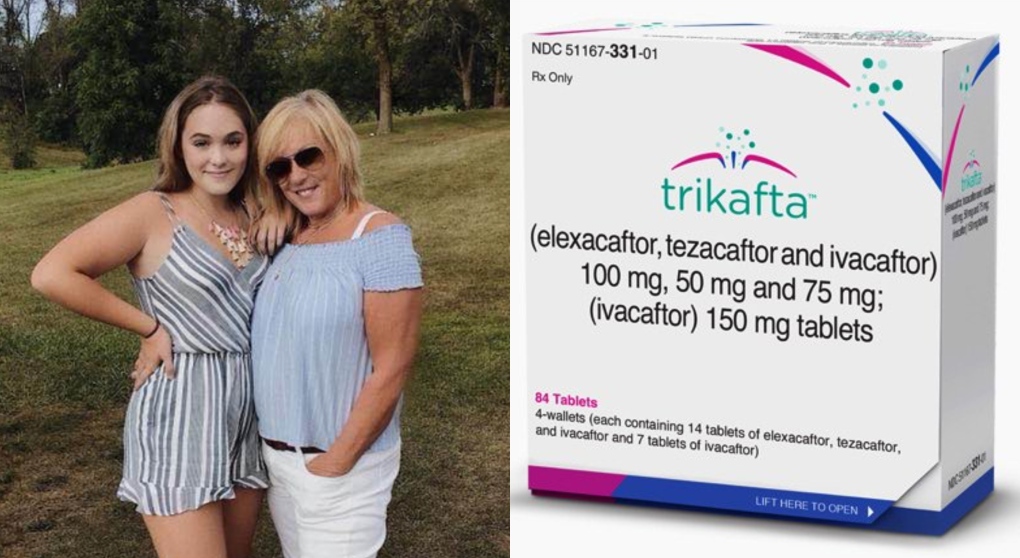 TORONTO -- After just one day as part of a trial for a genetic modulator medication for cystic fibrosis patients, Madi Vanstone knew it was working.

“I don't exaggerate when I say that she spent probably 90 per cent of her time on the couch with a blanket and just not feeling well. She missed 96 days of school in Grade 6.”

After just one day on the trial drug, Kalydeco, Madi could breathe through her nose — something she didn’t even know was possible until that day.

“She started to gain weight … her lung function went from 70 per cent to 115 per cent of expected value in just 30 days,” Vanstone said.

Madi performed so well on Kalydeco that in 2019 she was able to traverse the Great Wall of China with her mother, raising more than $30,000 for Cystic Fibrosis Canada.

“It was a tribute to her newfound health,” Vanstone said. 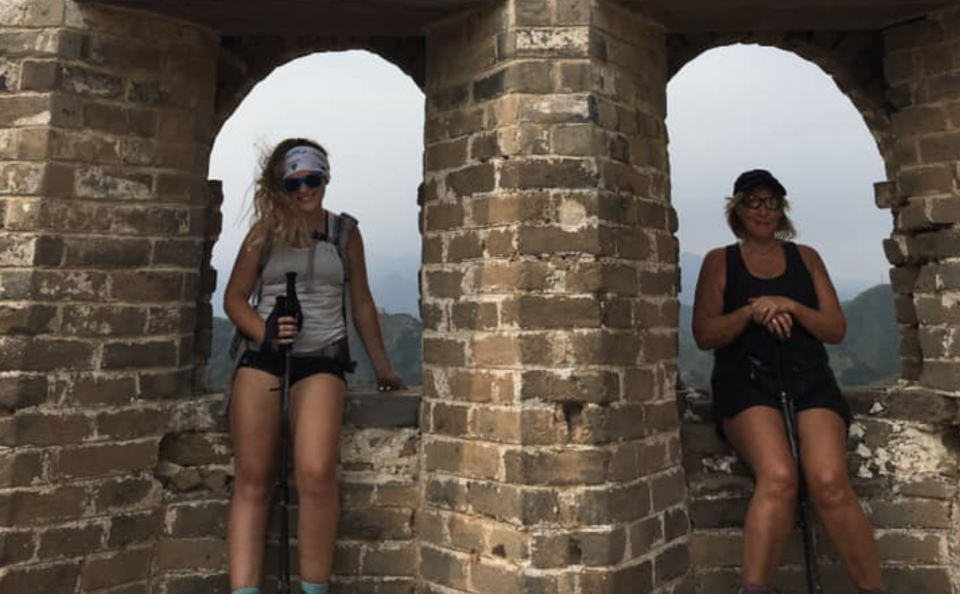 Cystic fibrosis is the most common fatal genetic disease in children and young adults in Canada. The disease impacts the patients’ digestive and respiratory systems until the lungs eventually stop working. It can be caused by over 2,000 different variations of genetic mutations, Vanstone said.

While life-changing for Madi, Kalydeco doesn’t work as efficiently for everyone with cystic fibrosis. In fact, it is only effective for three to four per cent of the cystic fibrosis community, as it targets only two per cent of genetic mutations causing CF.

A more effective, alternate genetic modulator, Trikafta, was introduced into the American market in 2019. Research shows that Trikafta impacts 90 per cent of the cystic fibrosis community, as opposed to Kalydeco’s three to four per cent.

“Trikafta is the golden goose. [It’s] hitting it out of the park. People have come off of life support and out of their hospital beds and are back to work,” Vanstone said.

Within 90 days of introduction, the U.S. Food and Drug Administration had Trikafta on the shelves, available to American CF patients to purchase, but that wasn’t the case in Canada.

Since Trikafta arrived on the U.S. market in 2019, the Vanstones, alongside many other families and patients, have been lobbying Health Canada to approve the drug.

“You have to think that in October 2019, [Trikafta] was in the hands of patients in the U.S. and we're in June 2021 and we're still waiting to get access,” Vanstone said.

“We had to lobby the federal government for like, a year, probably, in order to get them to let Trikafta to come in.”

On Friday, June 18, Health Canada announced its approval for Trikafta.

“We're celebrating huge, don't get me wrong, but we still have another step to get it into patients' hands, because right now, people are literally holding on to life in order to get this drug,” Vanstone said.

CEO and President of Cystic Fibrosis Canada, Kelly Grover, called the moment "a special day for [the cystic fibrosis] community."

“Together we have been fighting hard for access to these medications. Thousands of letters and signatures and hundreds of meetings later, we are finally seeing the progress our community deserves,” said Grover in a release on the announcement.

Ottawa’s announcement means doctors can now prescribe Trikafta to Canadian patients. Although, with the drug costing approximately $300,000 USD a year per patient, provincial governments now need to negotiate pricing with manufacturer Vertex before getting the drug onto shelves and into the hands of CF patients across the country.

“I’ve been proud to work alongside people like Beth and Madi Vanstone, and Sasha Haughian and Jamie Larocque, who have been tireless in their efforts to access these innovative drugs.” Simcoe-Grey MPP Jim Wilson said in a release.

“Much of the credit for this progress goes to families in our region who have fought long and hard for these life-saving drugs."

Wilson said the ball is “now in Doug Ford’s court.”

“I am confident the government of Ontario will live up to its promise to list these drugs on the Ontario Drug Benefit Formulary and quickly make them available to patients,” he said.

When reached for comment, the Ontario Ministry of Health said that Ontario is looking forward to "continuing existing discussions with Vertex."

"Ontario recognizes that the cystic fibrosis community is anxious for access to new and effective treatments such as Trikafta ... These steps are a vital part of the overall process to ensure that drug treatments entering the Canadian market are safe, effective and provide value," spokesperson Bill Campbell told CTV News Toronto Wednesday.

Vanstone hopes that provinces act quickly in recognizing the importance of getting Trikafta into patients' hands, adding that many are “holding onto life” in the meantime.

“The CF community has worked tirelessly for over 10 years to get to this point,” Vanstone said.Whe

“We hope that the provinces will recognize [our work] and add this drug to their formulary so that patients can put their shoulders down and live their best lives now. We deserve it.