Hit-and-run in Ajax leaves one person dead, another critically injured 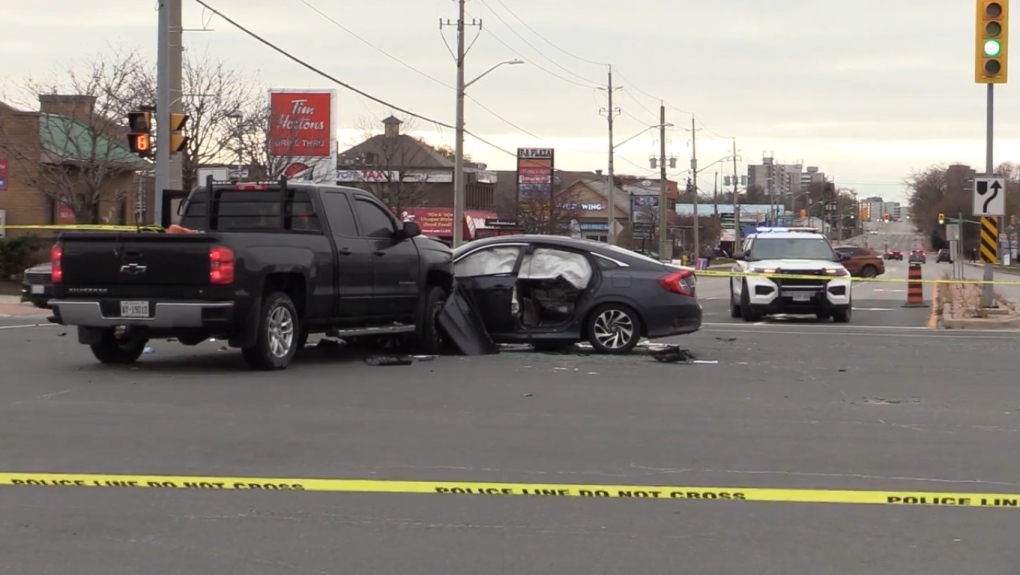 A hit-and-run collision in Ajax has left one person dead and another critically injured. (CTV News Toronto/Colin Williamson)

TORONTO -- A 29-year-old driver has been charged in a hit-and-run collision in Ajax Saturday morning that left a 73-year-old woman dead and a 40-year-old woman seriously injured.

The crash happened at the intersection of Harwood Avenue South and Kingston Road East just after 3 p.m.

Durham police said a blue Honda Accord and a black Chevrolet pickup truck collided in the area.

A 73-year-old woman, who was a passenger in the Honda, was pronounced dead at the scene, police said. The driver, a 40-year-old woman, was taken to a Toronto trauma centre with serious but non-life-threatening injuries.

Police said the driver of the pickup truck, 29-year-old Jason Selig from Pickering, fled the scene, but officers were later able to locate and arrest him.

Selig was held for a bail hearing, police said.

Nearby roadways were closed for several hours while police collected evidence.

This investigation is a fatal collision and fail to remain. The suspect fled from the scene to be arrested shortly after. One elderly passenger was pronounced dead and the driver was taken to trauma center with critical injuries. Roadways closed. More info will follow. https://t.co/U6uHw65tUq pic.twitter.com/UxdNrMOUvQ