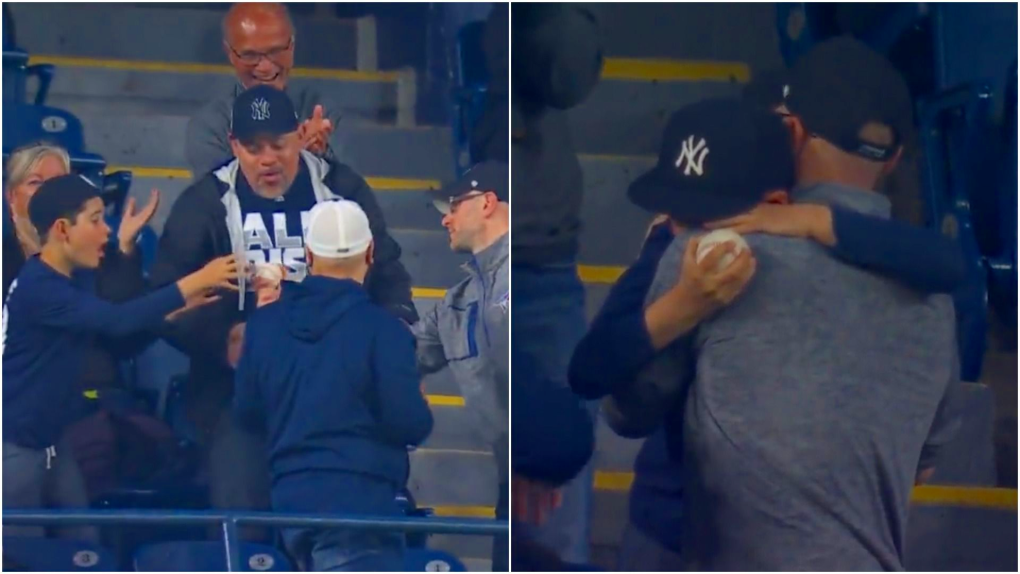 As it turns out, there can be crying in baseball.

A heartwarming moment between a Toronto Blue Jays fan and a young New York Yankees fan during Tuesday night’s game at Rogers Centre was caught on video and is garnering attention from both teams' fan bases.

The moment took place after Yankees right-fielder Aaron Judge hit a game-tying sixth-inning home run, soaring more than 400 ft into the 200-level of the stadium. The ball was originally picked up by a man wearing a Blue Jays hat, who appeared to begin celebrating, but could then be seen handing it to a young fan in the same section wearing an Aaron Judge shirt.

The video, posted by the Yankees on their Twitter account, shows the boy getting emotional, appearing to shed a few tears, and hugging the man who gave him the ball.

Judge was asked about the interaction after the game.

“That’s passion right there,” he said. “Yankee fans are all over the world and to have a little one like that, he’s starting out the right way.”

Two people were killed and around 10 wounded on Saturday in a shooting at a nightclub in Norway's capital Oslo, Norwegian police said.