Gun fired inside bathroom during fight at Toronto school

Gun fired inside bathroom during fight at Toronto school

An East York school was placed under a lockdown on Thursday afternoon after a gun was discharged during a fight inside a bathroom, police say.

Police say that up to six individuals were involved in the fight but fled prior to the arrival of officers.

A school outreach worker did intervene in the altercation and police say that the bullet fired from the gun actually ricocheted off the wall and ended up inside their shoe, causing them to sustain some bruising.

They were transported to hospital as a precaution, though police have described their injuries as “very, very minor.”

Albanese said that police believe they know the identities of the individuals involved in the altercation but are still “trying to piece together what their respective roles were.”

He said that at least some of the persons of interest are believed to be students at the school.

The gun used in the shooting, meanwhile, was not immediately recovered but later on Thursday afternoon CP24’s cameras did capture police picking up what appeared to be a handgun outside the school. 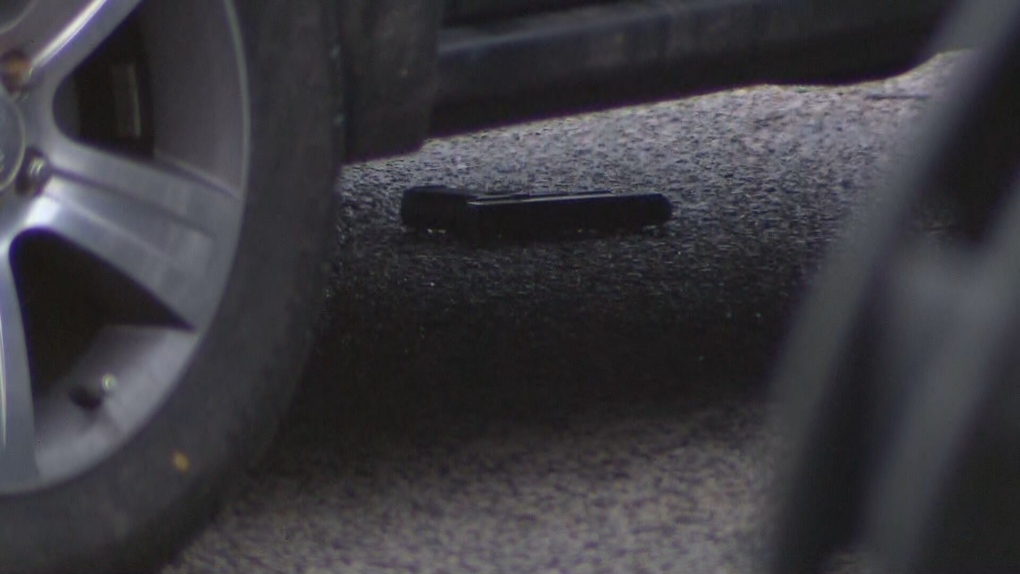 What appears to be a firearm is shown outside East York Alternative School after a reported shooting on Thursday. Police removed the object from the scene.

Speaking with CP24 at the scene, TDSB spokesperson Ryan Bird said that it did take "some time" to determine that a shooting had taken place because there were no visible shell casings or "obvious injuries."

He said by the time that was realized, the suspects had already left the school and fled eastbound from Cosburn Avenue.

“Absolutely this kind of thing just should never happen but we are just so thankful that nobody was injured,” he said.

Bird said that about 130 students attend East York Alternative Secondary School but only approximately 60 of them were present on Thursday.

He said that members of the TDSB’s professional support services team will be on hand at the school on Friday.

The shooting is just the latest violent incident to occur at a Toronto school in recent months.

On Halloween, 18-year-old Jefferson Peter Shardeley Guerrier was shot and killed outside Woburn Collegiate Institute in Scarborough as school was being let-out for the day. Another 15-year-old boy was also injured in the incident.

A Grade 12 student was also critically injured after being stabbed at Scarborough’s Birchmount Park Collegiate Institute in November.

Economic matters will be top of mind for parliamentarians as they return to Ottawa to kick off a new year in federal politics.