Business owners from across the GTA are raising money to support victims of Hurricane Dorian after the tropical cyclone ripped through the Bahamas in early September.

Matthew Romeo was sitting in his barber's chair when he saw a video of Hurricane Dorian's aftermath. He said he couldn't get it the images out of his mind.

"Seeing that video really just moved me, and I'm like 'why would I not do something if I can,'" he asked.

So he decided to use his influence as a DJ and owner of custom t-shirt company MyDopeTee.com to try and help survivors. 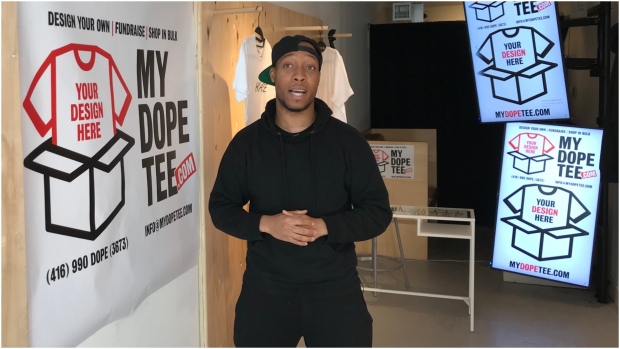 Matthew Romeo said he was inspired to help victims of Hurricane Dorian after seeing footage of the destruction. (CTV News Toronto/Nick Dixon)

"We have Nike, Champion, this one just happens to be Puma," Romeo said, sifting through care packages he plans to send to the Bahamas.

"The care package themselves are not going to save someone's life," Romeo said.

"It's more of the mindset when they receive it, of like, 'hey, there are other people around the globe, that you may not even know, or think exist, that care about your wellbeing.'"

Romeo's goal is to deliver the bags at the end of the October personally, and he says the fundraiser is off to a good start. 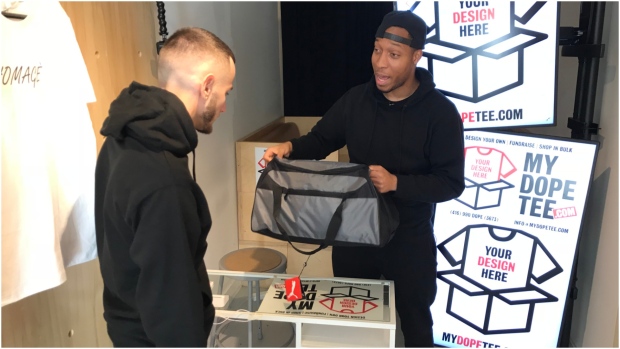 In Hamilton, proceeds from the sale of Collective Arts Brewing's "Guava Gose" sour beer are going towards Hurricane relief as well.

The company's co-founder and CEO, Matt Johnston, says he has a lot of family in the Bahamas who lost everything in the storm.

"[Dorian] sat right over top of them. Marsh harbour is where it sat... the [Leonard M. Thompson International] airport is actually named after my uncle."

Johnston said he knew right away that he wanted to help. 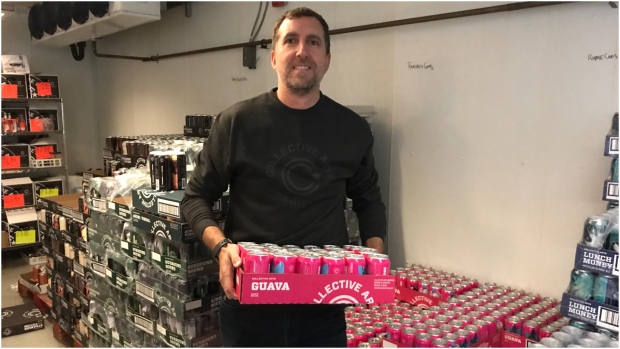 And Johnson says the response has been incredible.

"It's been great. Everyone recognizes that Bahamas is not a huge country with a huge amount of resources, so when countries like that are hit, they really need the world community to support them."

The footage coming out of the areas hardest hit by Dorian one month later shows how much help residents still need. And these entrepreneurs are hoping that their contributions, with the help of their clients, will help in that recovery.