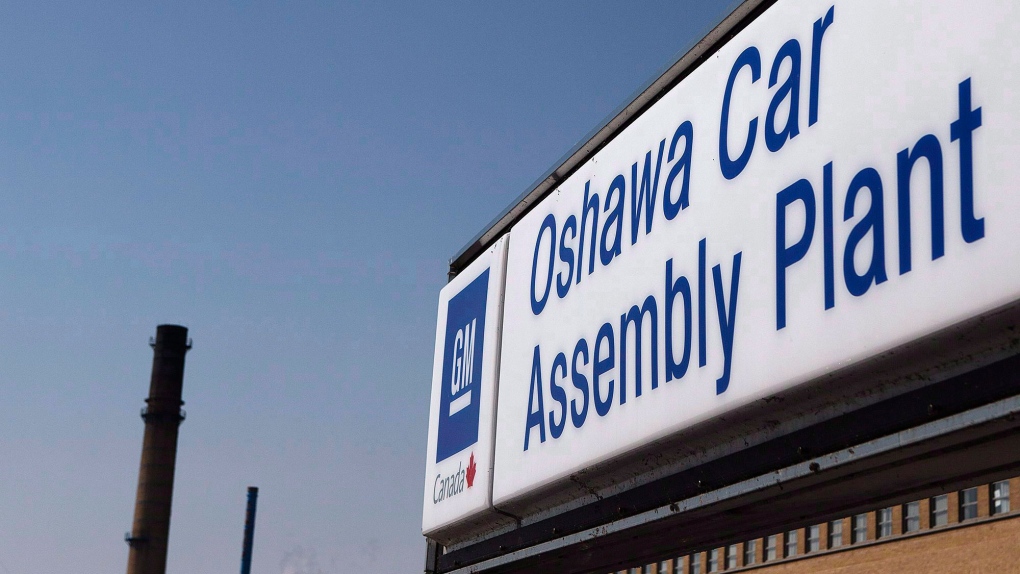 OSHAWA, Ont. — Thousands of workers in Ontario's auto industry have been temporarily laid off after General Motors shut production at its Oshawa Assembly Plant because of the ongoing strike by the United Auto Workers union in the U.S.

About 2,000 hourly GM workers in Oshawa have been sent home because of a lack of parts due to the U.S. strike, leading to a ripple effect among suppliers who have laid off some 1,700 more Unifor members whose jobs depend on the Oshawa plant.

"We have about 1,700 members working directly with suppliers that are affected as of right now," said Colin James, president of Unifor Local 222, on Friday.

Unionized GM workers in Oshawa will be receiving full pay, but that's not the case for those laid off from suppliers.

"It's tough on those members, and they're looking to get back to work as soon as possible, but with the U.S. strike, nobody knows how long they'll be out," said James.

GM Canada said it would restart production when possible.

"We have seen disruption of our vehicle assembly work at the Oshawa Assembly Plant due to the UAW strike. We plan to resume these operations as quickly as possible upon resolution of the UAW strike," GM spokeswoman Jennifer Wright said in a statement.

The company halted truck production in Oshawa on Tuesday, sending more than 1,200 hourly workers home due to a lack of parts with more than 30 GM operations in the U.S. shut because of the strike by roughly 49,000 UAW workers.

On Friday, GM halted production on its flex line in Oshawa that produces the Chevrolet Impala and Cadillac XTS to affect close to 700 workers.

Unifor expects two-thirds of the St. Catharines plant to shut down next week, leading to another 700 temporary layoffs, while it's not sure when Ingersoll might be affected.

United Auto Workers members at GM's U.S. operations walked off the job for the first time in over a decade on Monday over issues including wages, health care, and job security.

On Thursday, UAW vice-president Terry Dittes reported many unresolved issues in the talks but said progress was being made. He made the comments in a letter to union members.

With a file from the Associated Press