The Ontario government has chosen three private sector partners to help transform Ontario Place through the addition of a new outdoor adventure park, a massive indoor spa and water park and a revitalized concert venue that will be capable of hosting shows year-round.

The iconic attraction once drew more than three million people a year to Toronto’s waterfront but it was decommissioned in 2012 amid declining attendance and annual loses in excess of $20 million.

Over the years there have been numerous proposals for the 155-acre site, including a waterfront casino.

More recently, the previous Liberal government had begun work towards creating a massive new public park called “Celebration Common”. It even selected a firm to design the park and released renderings of what it would look like.

But Premier Doug Ford scrapped those plans when he assumed office and launched a closed-door process to identify private sector partners to help develop the site instead.

That process has now come to an end with the selection of Austrian resort developer Therme, Quebec outdoor recreation firm Écorécréo and U.S.-based concert promoter Live Nation to help see through a new vision for the site. 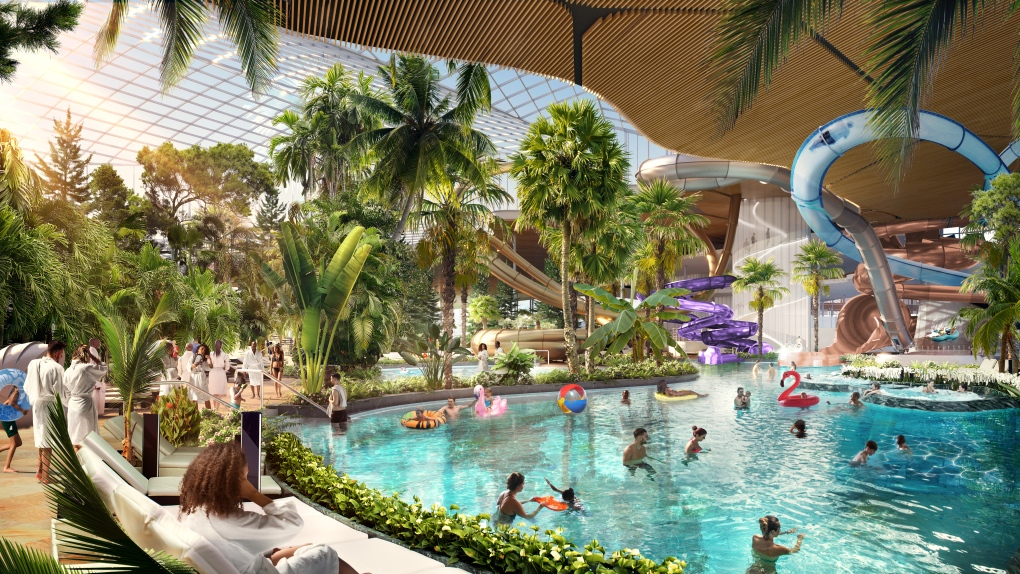 Therme specializes in the development of massive indoor spas and will be responsible for creating a new “all-season destination” on the western portion of the site that will include pools, waterslides and botanical gardens, officials say. There will also be eight acres of “free, publicly accessible gathering spaces, outdoor gardens and public beaches” located directly outside the new facility.

Écorécréo, which operates a number of aerial adventure courses in Quebec, will be tapped with developing a “family friendly adventure park” on a plot of land just north of the existing Cinesphere.

Officials say that the park will include aerial obstacle courses, escape rooms and climbing walls.

The final piece of the redevelopment will be led by Live Nation and will see significant enhancements made to the existing Budweiser Stage concert facility.

Officials say that the revitalized amphitheatre will have 9,000 covered seats and capacity for another 11,000 people on its lawn. It will also be outfitted with mechanized exterior walls that will allow it to host events in the winter months for the first time.

“A redeveloped Ontario Place will not include casinos, it won't include condos and the land will not be sold, full stop,” Premier Doug Ford said in making the announcement. “This will be a public place for everyone to come and experience and it will stay that way. It will once again be the world-class destination that it was always meant to be and we're so excited for the next chapter of Ontario Place. 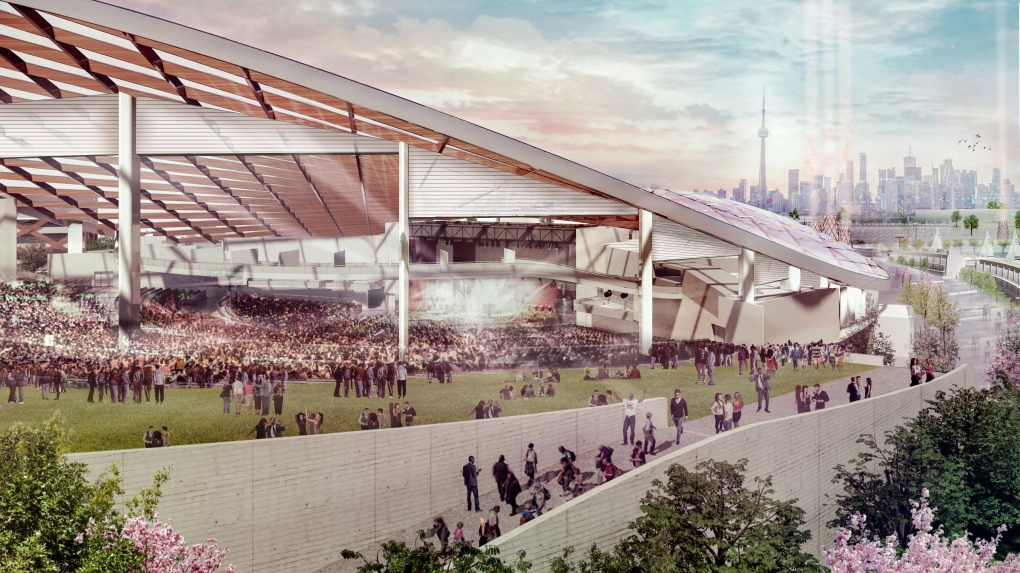 Cinesphere will be maintained

The Ford government first issued a call for private sector partners in January 2019.

It gave prospective developers few constraints other than requiring that their proposals be for a year-round site.

As part of the new vision, the province will help develop new parks, promenades, trails and beaches along the public sites and while also retaining and helping to integrate the iconic Cinesphere and pod complex into the wider development.

The Trillium Park and the William G. Davis Trail, which were developed under the previous Liberal government, will also remain a part of the new Ontario Place.

Officials say that they expect construction on a revitalized Ontario Place to begin in 2024 and be completed between 2027 and 2030.

“The revitalization of Ontario Place has been a long time coming, too long but sometimes it is like saying good food takes time. Maybe to get it right you have to spend the time to do it,” Mayor John Tory, who in 2012 chaired a panel that made recommendations to the previous Liberal government on the future of Ontario Place, told reporters during Friday’s new conference.

“For our part in the City of Toronto we only have one waterfront. We only have one waterfront and it is very precious and so the nature of the use of every single hectare of that waterfront is of interest to us and it is more than just a passing interest. It is a keen and abiding interest not just to the government of the city but to the people of the City of Toronto and I've said many times that I want to see something spectacular here at the sight of Ontario Place and I think we're well on the way to doing just that.” 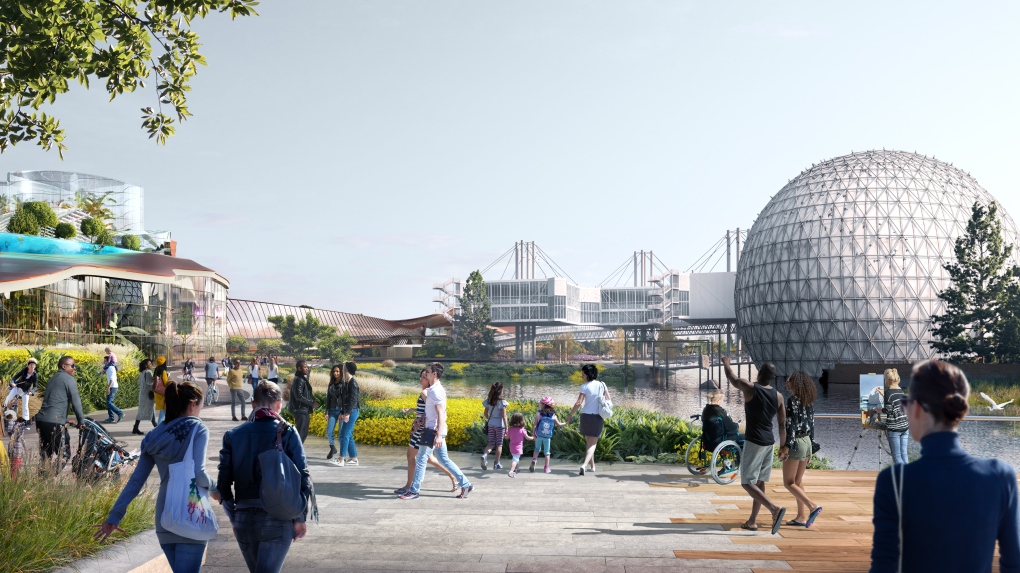 This rendering shows the planned vision for a revitalized Ontario Place.

The Ford government has committed to ensuring the site is development ready but on Friday senior bureaucrats speaking on background had no cost estimate for that work, which the previous Liberal government had pegged at $100 million.

During the subsequent news conference, Minister of Heritage, Sport, Tourism and Culture Industries Lisa MacLeod said that the government expects the private sector partners to contribute $500 million to the project, leaving taxpayers on the hook for a “fraction” of the total bill.

“As you know the last 16 months the tourism industry has been absolutely decimated so bringing in this investment from other parts of Canada, from other parts around the world is truly significant,” she said.

Once fully complete, the province says that the new Ontario Place could attract up to five million visitors a year.

While there is no formal plan to provide new rapid transit service to the site right now, government officials speaking on background said that talks are underway with Metrolinx to regarding potential “last mile connectivity” solutions between Exhibition Station and Ontario Place.