Fourth suspect charged in connection with kidnapping of international student 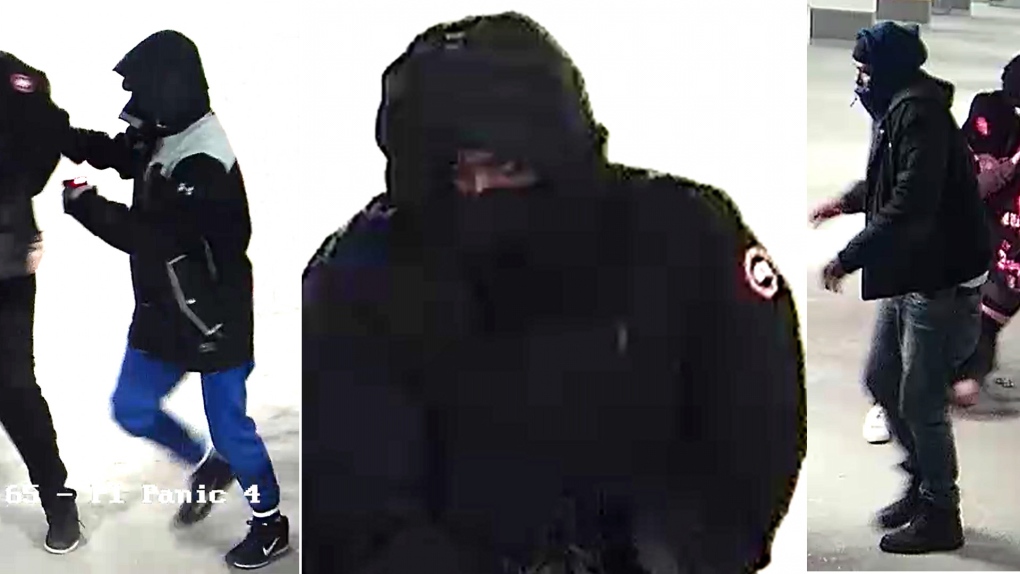 (left to right) Suspects 1, 2, and 3 in the Markham kidnapping of 22-year-old Wanzhen Lu are pictured in these images distributed by York Regional Police. (YRP /Handout)

A fourth suspect has been charged in connection with the armed abduction of an international student in Markham earlier this year.

On March 23, Wanzhen Lu was ambushed by a group of men in the underground parking garage of a condominium building near Highway 7 and Birchmount Road.

According to police, three men exited a Dodge Caravan and grabbed the 22-year-old. One of the men, investigators said, shocked Lu with a conducted energy weapon multiple times before he was forced into the vehicle.

A female friend who was with Lu at the time of the incident was not injured.

Four days later, the victim was found in Gravenhurst by a man who was with his dog in the front yard of his home on Doe Lake Road. Lu was transported to the hospital and treated for minor injuries.

It was later revealed that a ransom demand was made by at least one of the alleged captors, although investigators have not said what was requested.

Two suspects were taken into custody within a week of the kidnapping.

Hashim Abdullahi, 33, and Abdullahi Adan, 37, were each charged with kidnapping, forcible confinement, assault with a weapon and assault. They have been held in custody.

A third suspect identified as 22-year-old Nathan Plater was taken into custody on April 26.

On July 9, investigators arrested and charged Keswick resident Kyle Main, 31, in connection with the kidnapping. He is facing numerous charges, including kidnapping and weapons-related offences.

Main appeared in court on Wednesday morning and has been remanded into custody. He is scheduled to appear again on July 18.

York Regional Police have also issued a Canada-wide arrest warrant for a fifth suspect, identified as 28-year-old Toronto resident Muzamil Addow, in connection with the abduction.

Anyone with information is asked to contact police or reach out to Crime Stoppers immediately.