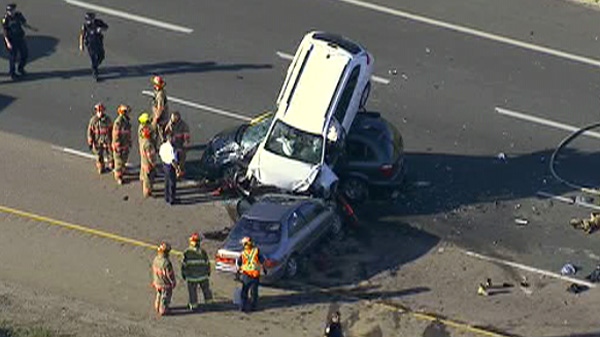 Four people were taken to hospital after a collision in Brampton where a white SUV ended up on top of a minivan.

One vehicle was southbound on Highway 410 when it crossed over and struck two other vehicles.

Police said one person was trapped in a vehicle for a period of time.

One of the people was taken to hospital by Ornge air ambulance with serious injuries.

Three others with non-life-threatening injuries were transported by land ambulance, police said.

The collision closed down Highway 410 in both directions until 9 p.m.