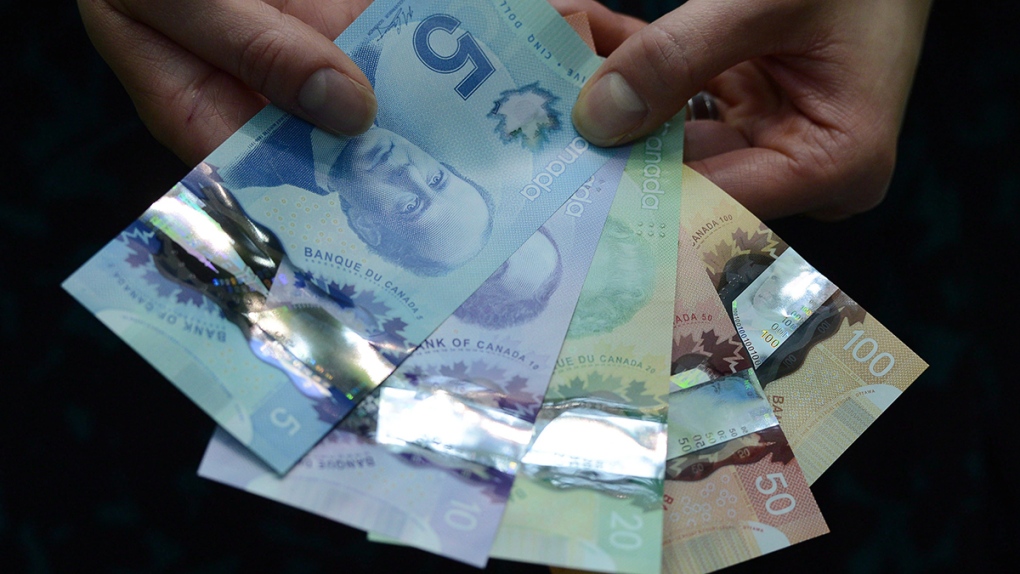 A representative with the Bank of Canada displays the new polymer $5 and $10 bank notes alongside the $20, $50, and $100 during a press conference at the Bank of Canada in Ottawa on April 30, 2013. (Sean Kilpatrick/THE CANADIAN PRESS)

Four people have been charged following a year-long investigation into a multi-million-dollar fraudulent loan scheme in the Greater Toronto Area.

The investigation, launched by the Ontario Provincial Police’s Serious Fraud Office (SFO), began in January 2021 and focused on a former business manager of a Royal Bank of Canada.

According to police, the manager “engaged other associates to help solicit unwitting client borrowers to apply for Government Guaranteed Loans.”

Bank documents were allegedly fabricated during this process, police said, and false lease agreements and invoices were created to ensure the loans would be accepted.

Investigators claim the funds from the approved loans were distributed to several “vendors” directly associated to the manager.

“It is alleged that approximately $10.5 million was disbursed, where the borrowers received a small portion of the funds that were disbursed while the 'vendors' received the remaining majority of funds for work that was never completed,” police said in a news release issued Friday.

As a result of the investigation, four GTA residents—identified by police as 37-year-old Dillon Nanavati, 25-year-old Aggash Mohan, 29-year-old Nicksain Kalaimathian, and 26-year-old Jonnystan Amirtharatnam—have been charged with fraud over $5,000 under the Criminal Code of Canada.

Nanavati is facing an additional charge of document forgery.

The SFO has said it will not comment further on the investigation to protect the integrity of the court process.

Ukrainian officials say scores of civilians are feared killed or injured after a Russian rocket strike hit a crowded shopping mall in the central city of Kremenchuk.

Ukraine's richest man filed a lawsuit against Russia at Europe’s top human rights court on Monday, seeking compensation over what he has said are billions of dollars in business losses since Russia's invasion.

The federal government has created a special task force to help tackle the major delays with immigration applications and passport processing that have left Canadians frustrated.