Ontario Premier Doug and former solicitor general Sylvia Jones will challenge a summons to appear before a commission investigating the federal government's use of the Emergencies Act next week.

Documents obtained by CP24 Tuesday evening show the premier and current health minister will bring their argument not to testify to a federal courtroom in Toronto on Nov. 1.

The filing of court documents makes good on a comment made by a spokesman for Ontario's Attorney General a day earlier in which he said the “summons are inconsistent with the members' parliamentary privilege."

Laywers for the national inquiry, Shantona Chaudhury and Jeffrey Leon, said the summons were issued on Monday after Ford and Jones refused to appear voluntarily.

They said their “repeated invitations were all declined” and that Ford and Jones refused to be interviewed privately before the public hearings began earlier this month.

However, Ford said at an unrelated news conference last week that he did not appear before the commission because he had not been asked.

At the same news conference, Ford said he stood “shoulder-to-shoulder” with Prime Minister Justin Trudeau during the three-week occupation of Ottawa’s downtown core.

In addition to parliamentary privilege, the Ontario government is challenging the summons based on the fact that the legislature is currently in session and that their evidence is “not necessary to this commission.” 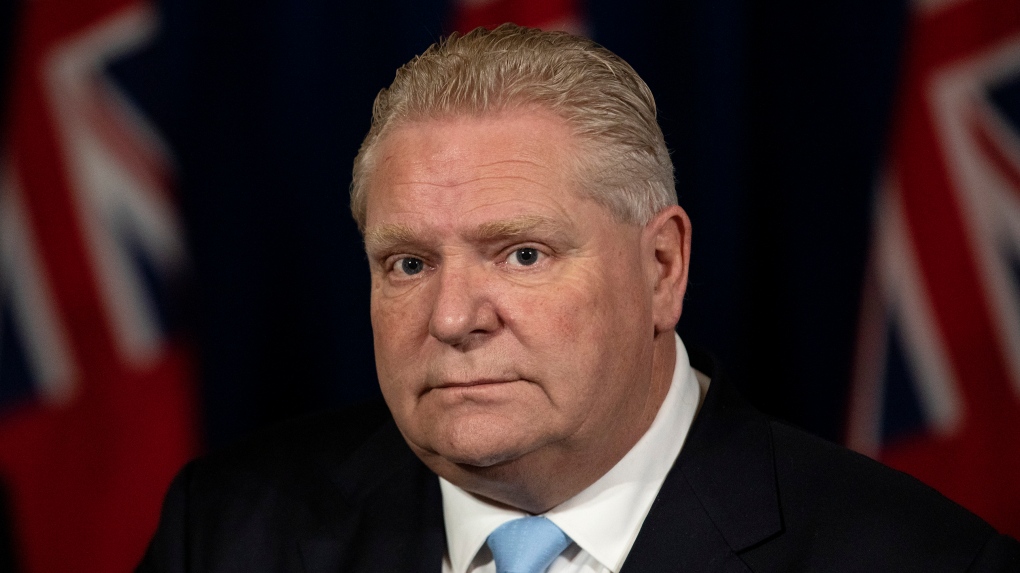 “It is Ontario’s view that these protests invited primarily a policing response and the police witnesses that are testifying can best provide the Commission with the evidence it needs,” an email from Ministry of the Attorney General lawyer Darrell Kloeze read.

Moreover, the government is arguing that the summons were issued “without jurisdiction, pursuant to an error of law, and must be quashed.”

Some MPPs at Queen's Park Tuesday accused the premier -- who was noticeably absent from the legislature -- of ducking responsibility in the face of growing calls to testify.

In response, Government House Leader Paul Calandra said the inquiry is a “policing matter and not a political matter.”

Trudeau invoked the Emergencies Act for the first time in Canadian history on Feb. 14 to bring an end to the 'Freedom Convoy' last winter.

Ford said in response to the measure the following day that the use of such powers needed to be “extremely targeted” and only used as “long as necessary to resolve the situation and not one minute longer.”

A suicide bombing that struck inside a mosque at a police and government compound in northwest Pakistan reflects 'security lapses,' current and former officials said as the death toll from the devastating blast climbed to 100 on Tuesday.

Police departments in the Maritimes say there are issues with 911 emergency calling Tuesday morning.